You are here: Fast Food Prices > 4 Reasons In-N-Out Burger Won’t Be in the East Coast

If you are ever in the West Coast or if you live on the West Coast then you are already familiar with the phenomenon that is In-N-Out Burger and their wildly delicious and massively popular burgers and fries. They ooze with cheese and their burger patties practically drip with succulent meaty goodness. It has to be said that -N-Out burger does burgers right but despite its massive success, why hasn’t it made its way to the East Coast? Surely the folks in that part of the country deserve their own servings of burger awesomeness?

This West Coast cult favorite has in fact been teasing the East Coast with whispers and rumors of an expansion for several years now but that is just what it is – teasing and whispering. To date, there are still no In-N-Out Burger outlets on the East Coast.

Sure, they have slowly expanded eastward for the last 65 years since its inception. It now has restaurants in Nevada, Utah, Arizona, and most recently, Texas. They have also been holding “pop-up” restaurants all over the world and it is no exaggeration to say that the burgers are gone in mere minutes. Indeed, everything has been pointing to an expansion in the East Coast however there are some factors that indicate no East Coast neighborhood will be enjoying unlimited In-N-Out Burger goodies any time soon. Check the reasons down below.

Why In-N-Out Burger Won’t Expand to the East? 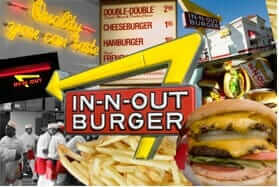 Ask anyone who has been behind the scenes in any In-N-Out Burger restaurant and they will tell you there are no microwaves or freezers in it. This is because the company has a very strict policy of serving fresh food with fresh ingredients. This means that all their branches need to be in areas that are near their distribution centers – Baldwin Park in California and Dallas, Texas. According to Carl Van Fleet, president of Planning and Development for IN-N-Out, they make all the burger patties themselves and these get delivered to their branches using their very own delivery trucks. He adds that they are never frozen and that their new locations are limited to areas that are in the vicinity of their patty-making locations. This is not something they are willing to compromise on which makes the chances for East Coast In-N-Out Burger branches pretty slim. 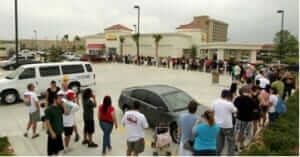 They do not want to torture folks from the East Coast and for sure they would love to bring their scrumptious burgers and fries to the East. However, they do believe that their food has more appeal to people since not everyone can have it. It is the very exclusivity of In-N-Out Burger that has culled an almost cult-like following from its fans. People so love their In-N-Out Burger that a politician from Denver even made a plea to the company to open a branch in his area (read about it here) but Van Fleet just had to say “no” and explained that the company just wasn’t planning on expanding to their area. He did acknowledge that it was a massive compliment for the company but they do not plan to expand to a 6th state and instead choose to focus on their operation in the 5 states they currently operate in.

This is not to say that they won’t hack it in the East but they just have too much competition. The East Coast already has Shake Shack and Five Guys and they have been there for years. They would have a hard time gathering a niche market and their sales would not be as high as in other states with less competition.

They Do Not Offer Franchising

The In-N-Out Burger business is family-owned and they prefer to stay that way; they do not believe in franchising. Not only do they think that this might compromise the quality of their food and expanding without franchising would require them to fork out a massive amount of money. On their website, it states that In-N-Out remains a privately-owned company that belongs to the Snyder family and they do not have any plans to open up for franchising or to make it public.

Folks from the East Coast this is the low-down from the team at IN-N-Out. They do not want to torture you but at the moment, they just cannot expand. You do not need to feel bad though; you can always indulge in their decadent offerings the next time you go to the West Coast. For those of you who are planning trips to states where they have In-N-Out, below are some of their must-try items.

If you have the chance to step into the hallowed walls of cult-favorite In-N-Out below are some menu items you cannot afford to miss out on. Check them out and put them on your list!