When it comes to cooking in the fast food industry, not all recipes are actually fast – or easy. In fact, some foods can be downright annoying for fast food workers to make. Read on to find out what these are, but beware: you might think twice about ordering these goodies next time you’re at the drive-through, if only out of sympathy for the workers.

“A quesorito is a burrito with a quesadilla wrapped around the outside [and they are] the absolute worst to make. Sure, they taste good, and we are usually happy to make one for you if there is no line. But when there is a line to the door, and you want a quesorito, me and the other customers will be pissed because it holds up the line so much. And god forbid you want more than one, or the person behind you sees it and say ‘Oh that looks good, I’ll get one of those too!’ I might not even to be able to give a fake smile at that point. And it burns the ever loving s*** out of your hand when you try to separate the damn tortilla.”

“The Pizza Hut I work at used to make a Garlic knot pizza. Instead of a crust, about 16 little balls of dough and cheese were placed on the crust. Even the slightest breeze would knock the knots off the dough in the oven, either ballooning and covering the other pizzas with burnt dough, or get stuck in the conveyor belt. Thankfully that didn’t last long.” 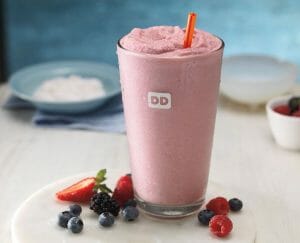 “Preparing myself for smoothie season, as it is nearly upon us. Only have one blender. Fellow baristas and I joke about moving to ‘Smoothie City,’ basically getting stuck working the blender when it’s busy and there’s constantly a smoothie/blended coffee to make.”

Apparently getting stuck in Smoothie City can be a bit of a stress-fest, especially when there’s only one blender and it’s summertime.

4. Anywhere: Cheese on a Stick

Whipping up cheese on a stick sounds vaguely precarious … no wonder food workers cringe at this order:

“I used to work at a carnival, and one of our items was fried Cheese on a Stick. Don’t get me wrong, it’s — delicious. The problem was the deep fryer had a strange hydraulic profile within its bulk hot oil. So you would have to kind of lob it into the deep fryer, sort of like skipping a stone or the cheese would sink to the bottom, then explode and float to the top…. good times.”

Just when you think a dish couldn’t get any easier, things swiftly turn complicated:

“I used to work at McDonald’s and making the oatmeal was the worst because for one you’d always end up burning yourself on the hot water and for two the customers would bring it back every time because some people like it watery and others like it thick and we’d have to keep remaking it and it’d hold up the drive-thru or they’d make a scene about how we don’t know how to make oatmeal.” 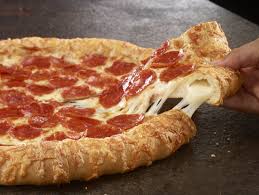 This one makes sense, considering many of us have probably wondered how exactly the cheese makes its way into the crust.

“I used to work at Pizza Hut. I hated making the stuffed crust because you had to go get the string cheese from the walk in. Then roll it into the dough. Then fix the pizza. When it was slow it’s not too bad, but in a busy it’s torture. My store didn’t sell a lot so that’s why we didn’t prep them.”

Although it’s understandable that some orders need to be customized due to allergies, some customers go overboard and it drives workers nuts:

“Yes, we know, they’re delicious, but your 89 cents grilled cheese minus the cheese with wheat buns and bacon added with a splash of 500 sauces and ketchup and grilled onions is technically no longer a cheese sandwich but a completely different franchise’s chain item, bound to send our cooks into a yelling rage at the cashiers or to completely forget to remake the item and then we get corporate called on us and grilled by our managers for hours behind the scenes for ‘food waste’ and being told we cannot directly refuse a request but must minimize ‘freebies’ on food items.”

Apparently, Starbucks’ secret menu is also somewhat secret to employees, which makes the recipes hard to whip up – especially during a rush:

“Dumb ‘secret menu’ Starbucks drinks. Customers really do believe we have a super secret menu and can make anything comprising a dozen ingredients off the top of our heads during a rush. And worse is when they complain about the taste like I’m supposed to know the flavor profile of a PokeBall Frappuccino.” 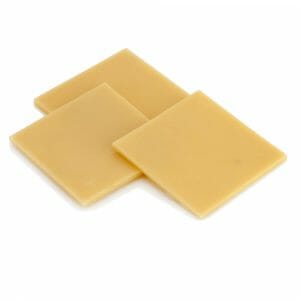 Cheese can be tricky indeed:

“I work at Subway and, while nothing is absolutely horrendous, I hate when people choose the cheddar cheese slices. They are so stuck together that it takes me way too long to pull apart and I can feel the customer silently judging me for taking a good 30 seconds for F****** CHEESE SLICES.

How can a grilled cheese be complicated, you ask? Well, it turns out grilled cheese isn’t actually on Chick-fil-A’s menu (parents usually order it for picky kids) so workers have to use the same grill press they use to make chicken salad sandwiches. Apparently, the result is always two super flat, burnt-on-the-edges hamburger buns with melted cheese in the middle. The kicker? The cheese has also leaked all over the press, making for a fun clean-up afterward.

Makes you wonder if we should really be eating this:

“When I worked at McDonald’s for a bit in my youth I always hated filling the ice cream machines. It is some greasy mixture that smells like vomit and rotten milk and if you spill it have fun cleaning up for like an hour and smelling like it for the rest of the shift.” 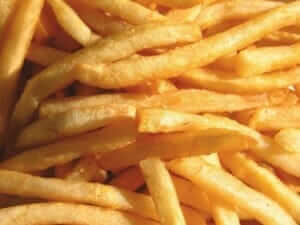 “Our store’s policy was to fry up a new batch of fries, just enough for that order. While they were frying we lined the fry bin with our foil burger wrappers so that the fries wouldn’t touch any residual salt in the bin when we took them out of the fryer. It was a tremendous hassle and 90% of the time it was for some jerk who thought they had discovered the fast food cheat code for always fresh fries. To boot, corporate made a really big deal about drive-thru speed at the time. We were supposed to average below 90 seconds per customer or get an earful, and one single order of no salt fries would mess up the timer because they take three minutes to cook.”

The reason you probably love a chopped salad is because it takes time to make (aka, it’s slightly more artisan than popping something out of a box or microwave), but it’s also the reason fast food workers dread making it during rush hour.

“Chopped salads. Look, it’s okay if you’re getting one. Two is too many, and if there’s a line? Forget about it. The problem with the chopped salad, as opposed to a regular salad, is that it’s all mixed and we have to scrape the bowl to get it out. This is okay when there’s no line, but if there’s a rush I have to switch gloves and that takes an extra 10-15. It adds up. It’s annoying.”

As you can see, many of these food items aren’t necessarily hated because of the food itself, but because of the time it takes to make them. Many we can sympathize with – after all, who enjoys delicately folding cheese into a crust during a time crunch?

If you enjoyed these orders that drive fast-food workers crazy, you’ll love these Fast Food Fails.