Chances are when you’re out to eat, you reach for plastic straws without even thinking about it. Sadly, most of the plastic from these straws will end up in a landfill. But change is in the air! Starbucks and McDonald’s are out to transform how you sip your coffee and soft drinks.

According to the website Get Green Now, Americans use 500 million plastic straws daily. That’s a sobering number if you think about it. They’re the eleventh most common source of ocean trash, while plastic cups are another huge source of water pollution. The problem with plastic is it never fully “goes away” once you toss it. Instead, when it ends up in a landfill, it gradually degrades into small and smaller pieces. And at some point, those smaller pieces are no longer visible, but are still there and releasing chemicals into the environment and waterways.

Starbucks and McDonald’s are out to change that. Partially due to a strong public demand, the two rivals are joining up to develop cups that are recyclable or compostable to be more environmentally friendly. The timing couldn’t be better. Some areas of the country, including Seattle, have already banned certain plastic items, including plastic stirring sticks, plastic straws, and plastic forks and knives.

The brands estimate that 600 billion cups wind up in landfills each year, and they hope to make a positive difference with their joint efforts. Starbucks and McDonald’s are both founding members of a group called The NextGen Cup Consortium and Challenge, initiated by Closed Loop Partners. The challenge is for entrepreneurs to bring to fruition their ideas for recyclable or compostable cups.

Bringing these cups to the marketplace could, over time, have a substantial impact on the environment, especially if other companies follow suit. The start of a new movement? If so, Starbucks and McDonald’s hope to be leaders in the efforts to reduce plastic in landfills. Each is committing $5 million to the NextGen project. 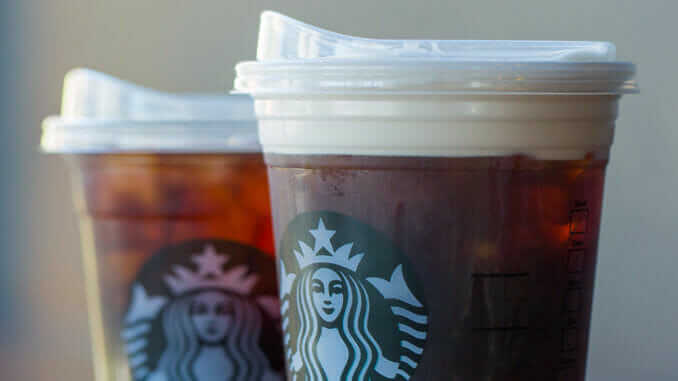 So how soon can you expect to see changes when you order a cup of coffee from Starbucks or a soft drink at McDonald’s? Starbucks hopes to phase out plastic straws from its shops around the world over the next two years. In their place, customers will sip their coffee and other drinks in the equivalent of a “sippy cup” for adults. It’s essentially a lid you can place your mouth over and drink without a straw.

In fact, Starbucks is already using these lids for certain drinks, including “draft nitro” and drinks topped off with cold foam. Although the lids are made of plastic, they are recyclable, which means less plastic will end up in landfills and, ultimately, the environment.

What about McDonald’s? McDonald’s will start eliminating plastic straws from restaurants in Ireland and the United Kingdom and replace them with environmentally friendly paper straws in September of this year. They will eventually extend their efforts worldwide and have already started testing disposable straws in Belgium and plans to expand their testing to other parts of Europe.

Don’t be surprised if you head to Starbucks or McDonald’s in the future and you don’t see the container of plastic straws you’re used to seeing. Don’t be shocked if the lid on your cup looks a bit different, too. But, if you’re an environmentalist, you’ll know it’s a step in the right direction!

To learn about more changes on the horizon, check out what the fast food industry is doing to keep up with millennials.