When you hear Chicken Cordon Bleu, you may think about school lunches or childhood dinners, but there’s a version of this traditional dish on McDonald’s Secret Menu that’s much more enticing. If you know anything about the creations on the secret menu, you know there’s some outlandish ones, like the McGangBang and the Land, Sea, and Air Burger. But then there’s some concoctions that combine the most obvious of ingredients into a new dish – one that should be on the regular menu for the whole world to see. Some of these winners include the McKinley Mac (a Big Mac with Quarter Pounder patties) and the MC10:35 (a McDouble and Egg McMuffin stacked together).

The secret menu dish that I’ll be highlighting today is unsurprisingly delicious and combines two McDonald’s favorites – the McChicken and Egg McMuffin. And yes, it’s as good as it sounds.

How To Order the McDonald’s Chicken Cordon Bleu McMuffin

Fortunately, asking your local McDonald’s to whip up this specialty McMuffin is not all that hard. If you’ve ever tried to order something from a secret menu, you know that it can be quite complicated if the restaurant doesn’t have an ingredient in stock or if it’s a super complicated creation. To get your hands on the the Chicken Cordon Bleu McMuffin, you can ask for it by name. It’s one of the more popular items on the secret menu, so most McDonald’s employees will know what you’re talking about when you order it. If you come across someone who is familiar with it, just explain how to make one. The breakfast sandwich is just a regular Egg McMuffin with a McChicken or spicy McChicken patty on the inside.

If for some reason they refuse to make it, you can always order both menu items separately and assemble the sandwich yourself. No matter the route you take to get one, it’ll be worth it. To round out the meal, I always love pairing this one with a hash brown and a coffee, no matter what time of day it is.

If you’d like the sandwich to be more of a lunch creation, you can always ask for it on a hamburger bun instead of the English Muffin. Either way, I can guarantee it’ll taste better than the Chicken Cordon Bleu you’re used to. 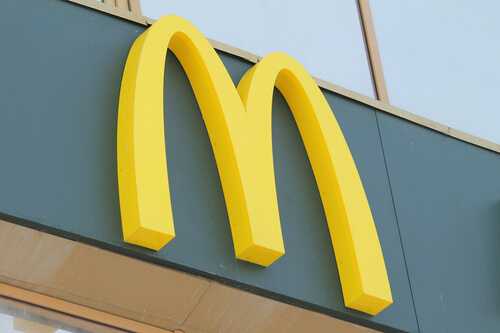 As far as price, the McDonald’s Chicken Cordon Bleu McMuffin will cost around $4.69, but this can vary by location. Because this isn’t a regular menu item, the restaurant may choose to charge your for the Egg McMuffin ($2.79) and a McChicken ($1.29), which ends up being close in price either way.

As you may have guessed the McDonald’s Chicken Cordon Bleu McMuffin isn’t the healthiest thing on the menu, but it’s not as high cal as say, a Big Mac. The secret menu sandwich with a regular McChicken patty and English muffin has a total of 450 calories, 20 grams fat, and 41 grams carbs.

For more McDonald’s secret menu sandwiches, check out how to order a grilled cheese or a Chicken McGriddle.