A lot of people get the munchies after midnight. Maybe they’ve been partying or drinking the whole night, and they didn’t get much to eat during the evening. Maybe they just don’t want the night to end just yet, and a 24-hour fast food joint is the perfect way to relax and hang out with friends at such a late hour. Or perhaps they’ve been studying or working late, and they need more fuel to soldier on in their quest to be a productive member of society. Maybe they even work a late shift and they’re on their break.

For whatever reason, it’s not surprising that Taco Bell is a very popular option for the late night culinary experience. It’s why the brand launched its Fourthmeal campaign. It’s a celebration of the fact that lots of people are eating late, and it’s also a recognition that lots more people are opting to dine at Taco Bell at such a time.

It’s easy enough to limit your choices to the Taco Bell Specials—they’re tasty, not so heavy, and light on the wallet too. But which Special should you get? We’ve made up own personal list of favorites, but you can always argue for your own preferences! 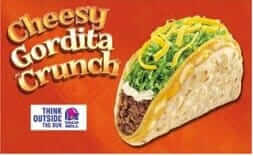 We’ll start with what we think is the ultimate late night food item especially for young adults: the Cheesy Gordita Crunch. If you’re a Taco bell fan, then you obviously like tacos. This time we’ll add some ranch to the equation, since everyone who’s in their right minds like ranch. If you don’t like ranch, something’s wrong with you and you need to get that checked out.

Then you wrap that ranch taco in a bigger taco! Don’t worry about making a mess because it’s too big. Everything stays together because they make it cheesy, just like the name says. Here they put in enough melted cheese to fill a pizza to hold everything together. That’s a work of art that’s hard to ignore, especially late at night. And it even costs just $2.79 so you’re not limited to just one if you’re still wanting  more.

Anyone who’s ever been curious about nutrition knows that a healthy diet is a varied diet. You need breads, potatoes or rice for your carbs, fruits and veggies for vitamins, dairy products for calcium so you have healthy teeth and bones, essential fats and oils, and meat or nuts for protein. Every now and then, you even need food items that are high in fat, sugar, and salt, as they’re tasty and not so bad when you eat them infrequently. They make living worthwhile.

With the Crunchwrap Supreme, it’s as if it’s been designed to cover many of the important food groups you need. For grains you have the hard shell and tortilla. Dairy is covered with the cheese and sour cream. Since it also has lettuce and tomatoes, you can check fruits and veggies on the list. You’ve got lots of fat and oils here. And of course, for protein you get the ground beef. It’s a great meal with all the essential food groups factored in. And it even considers your budget, since it’s only for $3.19 each. 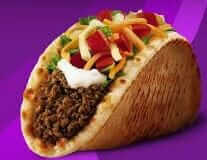 The word means “small boat”, but the real chalupa doesn’t exactly look like a seafaring vehicle. You start with a flat tortilla, and then you put on top various ingredients like shredded chicken, pork, chipotle pepper, chopped onion, and red or green salsa.

But the Taco Bell Chalupa Supreme is a different dish, and it’s as if they made their own dish and just settled on “chalupa” as its name. The basic version starts with seasoned beef, reduced fat sour cream, tomatoes, lettuce, and a 3-cheese blend. That sounds like an American taco, right? But this time it’s wrapped with deep-fried wheat tortilla.

What makes the Chalupa Supreme really different is that you can actually change every ingredient on the list! So instead of beef you can put in chicken, steak, or beans. You can hold (or ask for more) of the sour cream, tomatoes, and the 3-cheese blend. 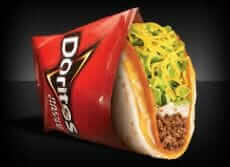 It’s just like the first item on this list, with seasoned beef, cheese, 3-cheese blend, spicy ranch, and lettuce. But now you also get the Nacho shell, which you can replace with the Fiery or Cool ranch Shell.

So there you have it, that’s just 4 of the best items on the Taco Bell Specials! We do expect passionate pleas for inclusion of your own favorites, but you’re going to have to speak up for your choices!