Arby’s is known for its meaty sandwiches, from the Beef N Cheddar to the Smokehouse Brisket. Stacked high and built wide, these sandwiches are full of protein with layers of cheese, sauce, and other delicious toppings. But if you think your standard roast beef sandwich is a mouth-full – think again. There’s a beast of a sandwich hiding on the secret menu that will make you rethink your definition of gluttony.  The Arby’s Meat Mountain is an overwhelmingly large sandwich, stacked high as a mountain with every single meat on the menu – literally. So, how do you get your hands (and mouth) on one of these? Here’s what we know about this monstrous melt.

What is the Arby’s Meat Mountain? 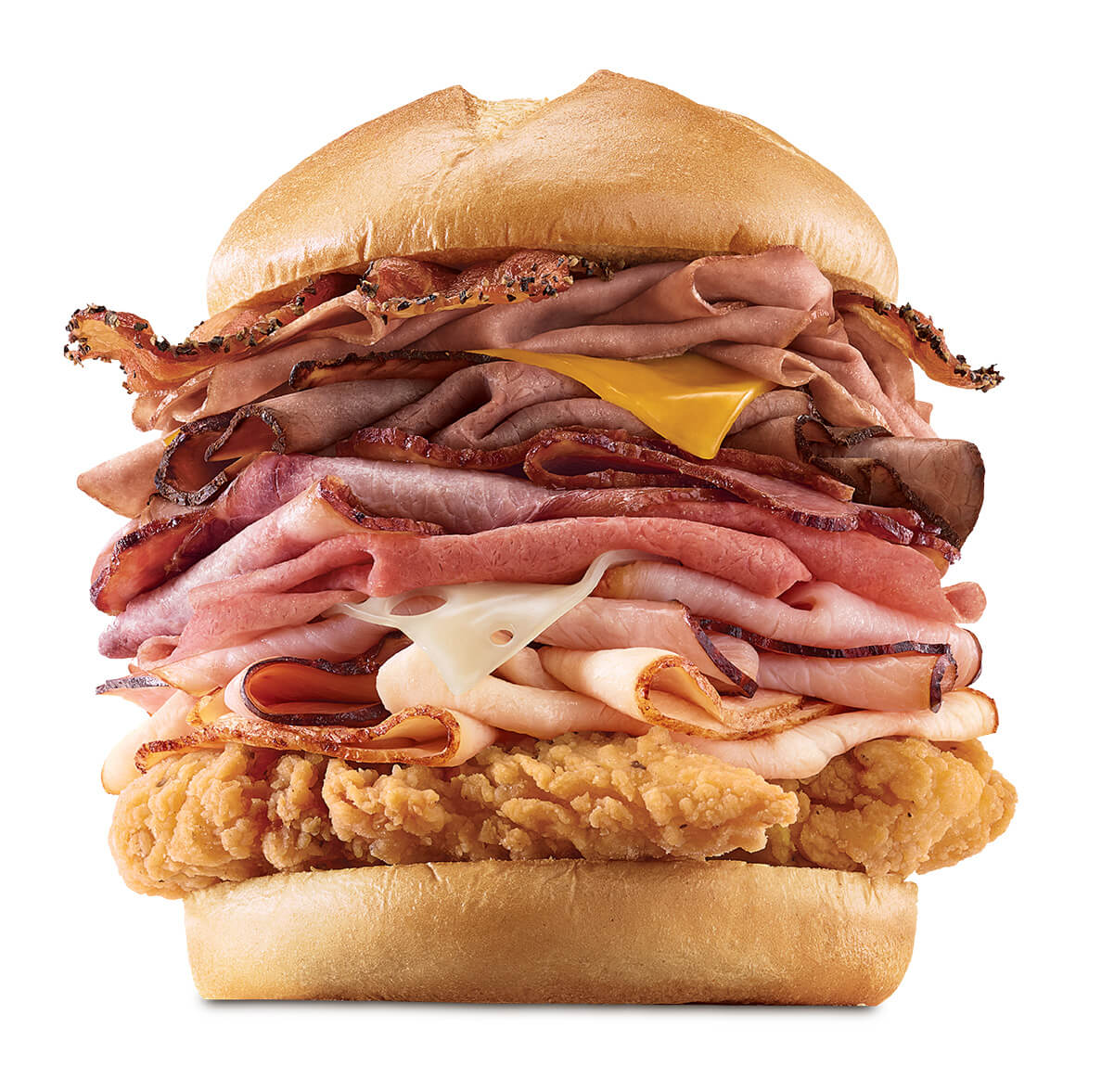 When Arby’s commercials say “we have the meats,” they should really show a picture of the Meat Mountain. It’s stacked with every form of meat that Arby’s offers, and somehow it doesn’t topple over. When you order the secret menu sandwich, you’re really asking for this carnivorous combination:

And somehow, two buns are expected to hold that whole mess together. We’re not convinced, to be honest. And to make matters worse (or better?), some locations have even served the Meat Mountain “Denali-style,” which adds yet another layer of protein to the mix – a wild-caught Alaskan pollock fish filet. (Denali comes from the Denali Mountain in Alaska where the fish come from.)

How To Order It

You can order the Arby’s Meat Mountain by name. Since it was once on the regular menu, most employees will know what you’re talking about and are happy to prepare it for you. In fact, some may even find it entertaining to hand over a menu item large enough to feed a small village. If for some reason the Arby’s worker doesn’t know what a Meat Mountain is, you can just tell them you’d like a sandwich with every meat on it, along with cheddar and Swiss of course.

You can snag this big boy for $10, which is actually a steal for what you’re getting. If you want the sandwich “Denali-style,” it may cost you extra.

If the Meat Mountain sounds overwhelming, check out the Arby’s secret menu Melt.