You are here: Fast Food Prices > McDonald’s Dollar Menu to Get a Facelift

Dollar menus really are quite amazing aren’t they? They allow regular folks who are on very tight budgets to enjoy quick and easy food without having to spend a mint. Dollar menus are also very much welcome with fast food junkies since they can get a quick fix without breaking a bank. The popularity of dollar menus has been very carefully documented and these days, every fast food chain from BK to Taco Bell now offers dollar menus.

Another fast food chain that features a dollar menu is McDonald’s and it has been satisfying people for ages. Their dollar menu features breakfast items like sausage McMuffins, sausage biscuits, premium roast coffee, and hash browns for breakfast. The rest of the day, dollar menu connoisseurs have the chance to partake of grilled onion cheddar burgers, double cheeseburgers, yogurt parfaits, sweet iced tea etc. Why, the McDonald’s Dollar menu even offers a side salad for those trying to enjoy healthier meals. Click here to see their complete menu.

McDonald’s launched their Dollar Menu in the US back in 2002 and since then has grown to about 13% in total sales. If you think about it that is an awful lot of sausage McMuffins and sausage biscuits or other items on the dollar menu. While the total amount of sales is indeed impressive, the fact of the matter here is that the McDonald’s Dollar Menu just isn’t cutting it for the burger chain anymore.

You are sure to be reeling over the loss of the dollar menu and wondering why McDonald’s would do such a thing when sales are doing well but what you need to understand is that the bottom-line involves more than just the total percentage of sales. They took a look at each and every factor involved in the McDonald’s Menu and found sustainability problems and this is why the menu was axed.

Head honchos over at McDonald’s say it isn’t so much “killing off” the McDonald’s Dollar Menu but what they are doing is more like giving it a face lift. In fact, the very name of the menu gives people a clue as to what the new menu will be like.

Lamenting the loss of the dollar menu is fine but if you truly want to get over the loss, you will want to know what is behind it and how it works. The main idea behind the new McDonald’s Menu is they wanted to promote the value of their meals at additional pricing levels in an idea that sort of goes like this “hey, why not package a $2 sandwich on the menu and it may seem like a better deal?”

Don Thompson, the McDonald’s CEO, explained that their new menu essentially gives their customers a sort of value ladder. All the customers need to do is to base their purchase on their budgets and they can get food they like. For instance, if someone walks in on a really tight budget, they can still find food for a dollar, but if people walk in and they are ready to spend $2 or even $4 on value meals, they can find those in the new menu too. Don Thompson stressed that most of the $1 items will always be up for grabs since they are vital to retain customers. The change in the Dollar Menu is not to kill it but rather help it evolve with the times.

The new McDonald’s Dollar Menu & More is already being tested in 5 markets in the US but starting November 4 the new menu will be offered in all restaurants and the ads will be released on November 11.

What is Really Behind This? 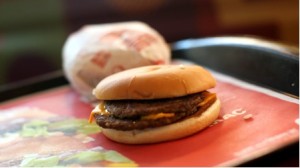 Now that may seem farfetched to a lot of you but you need to remember that a lot of McDonald’s suppliers are dependent on the earth and when the climate changes, it wreaks havoc in the supply chain. The fast food chain has been negotiating with its franchises for years and the issue is on the lower profit margins delivered by the dollar menu with extra focus on the double cheeseburger. They have tried to lower the cost by way of a compromise that had McDonald’s agreeing to use only a single slice of cheese just so the franchise costs can decrease but rising temperatures have brought on devastating droughts which meant shrinking herds of cows for beef and dairy and farmers pay more to feed their livestock so they charge even more money to their buyers. It is easy to see why it has become impossible for McDonald’s do offer double beef patty burgers with cheese for just a $1.

So whether it really is climate change that is robbing you of the dollar menu or just some new moneymaking scheme by the head honchos at McDonalds, the bottom-line is the Dollar Menu will never be the same again and folks will just have to get used to it. McDonald’s loyalists need not worry that their favorite fast food chain will go away though; it is adapting so that it sticks around longer.

View more details about the McDonald’s menu change on Businessweek.