You are here: Fast Food Prices > History of Noodles & Company

Noodles & Company is a casual dining restaurant brand headquartered in Broomfield, Colorado. Established in 1995 by Aaron Kennedy, the chain overcame difficulties in its early years and would go on to expand rapidly. From $300,000 in revenue in 1995, earnings reached more than $300 million in 2013. To date there are 339 locations for Noodles & Company with some of them franchises.

The story of Noodles & Company began with Aaron Kennedy, a former marketing executive for Pepsi. After eating at Mamie’s Asian Noodle Shop New York’s Greenwich Village he immediately conceived the idea for the restaurant. According to Kennedy, there was a need for it because there weren’t enough restaurants or diners offering noodle dishes. Together with Joe Serafin, who would become the company’s future COO, Kennedy began developing recipes based on his mother in law’s cooking.

Kennedy was able to produce $73,000 from his own pocket and another $200,000 from family members and friends. The first outlet opened in Cherry Creek in Denver, Colorado in October 1995, with a second location opening in March the following year.

During its first three years of operation, Noodles & Company lost $42,000. In 1996 the business almost went under following negative reviews of the restaurant published in the Wisconsin State Journal and the Denver Post. Rather than close however, Kennedy began a campaign to reorganize and revamp every major aspect of the company.

In the middle of 1996, Kennedy and a team of management officials went to Chicago to learn what successful noodle restaurants were doing right. When they returned however the basement of Noodles & Company was flooded. Undaunted, Kennedy went on to prepare a list of 15 things the company had to improve on. The list emphasized the need to improve the menu, overhaul the décor and make the prices more attractive to customers.

Part of the revamp meant using warmer colors for the restaurant’s theme. In addition, sauté lines were implemented to prepare dishes as they are ordered, replacing the old steam tables. Also, an executive chef was hired to overhaul the menu and two more managers were hired to oversee the project.

While several changes were being implemented, they were put in place quickly. As industry observers noted, it took only two months for the drastic changes and improvements to take effect.

The changes that were implemented had a huge impact on Noodles & Company. From revenue losses the restaurant began making money, from $300,000 to more than $13 million. At the same time, food critics began taking notice and it earned a reputation as a good place to eat after work. 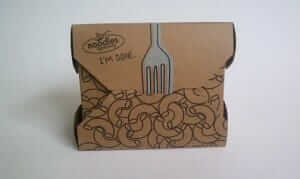 In 2002 Noodles & Company had a total of 37 restaurants. The number expanded to 65 in 2003 and by 2007 the number had reached 142. It was also in 2007 when the restaurant started franchising. These franchises carried the new color and packaging enhancements that were introduced in 2004. Noodles & Company also now placed more emphasis on orders for carry-outs as well as redesigning the restaurants so the sauté line was more conspicuous.

2010 records show that each Noodles & Company restaurant generates a yearly revenue of $1 million, for a 21% profit. According to the latest stats, takeout orders comprise more than 25% of revenue. While franchising is growing, Noodles & Company is noted for being choosy about franchise partners, which explains the higher ratio of stores that are owned by the company.

While Noodles & Company has undergone several changes, the most important ones have to do with their menu. Today the restaurant is offering American and international dishes as well as sandwiches, pasta, salads and soups. The majority of their pasta entrees are vegetarian but options for shrimp, tofu, beef and chicken are available. In addition, Noodles & Company is known for their low cost meals, with most menu offerings costing $8 per person, and the company is also recognized for using recycled bamboo for furnishing.