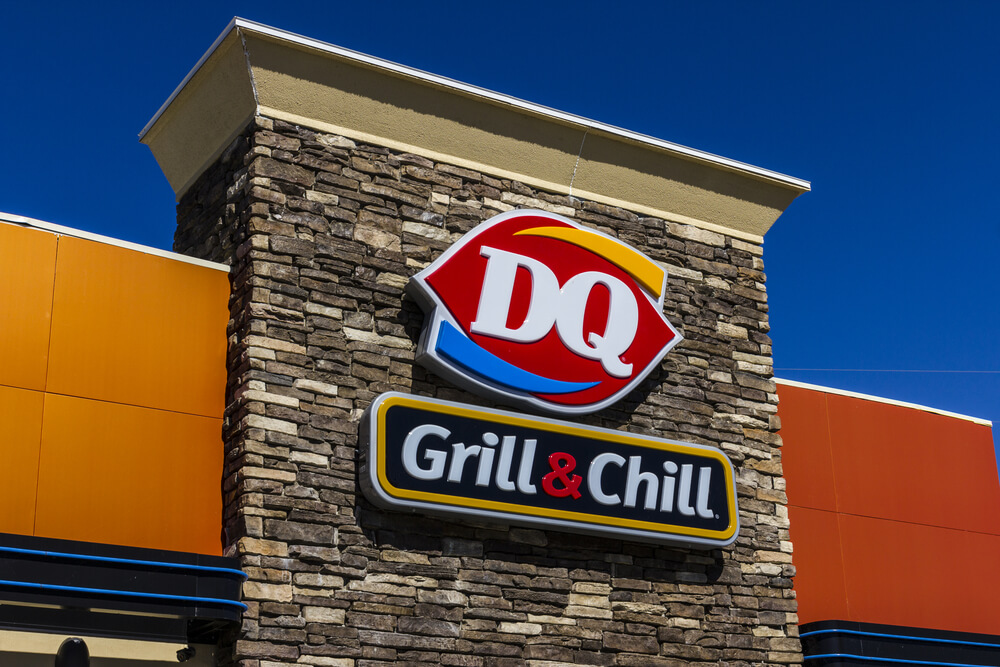 When it comes to soft-serve ice cream, almost no other restaurant chain can compare to Dairy Queen’s reach. With more than 1,000 branches in the US alone, there’s probably at least one Dairy Queen store within ordering distance from you.

You can make it an even sweeter experience by taking advantage of Dairy Queen coupons, deals, and specials. Here’s how you can get their ice cream (and burgers) for bargain prices.

Dairy Queen has a ton of coupons available at any given time, but most of them aren’t automatically accessible online. Usually, you have to subscribe to Dairy Queen, buy a gift card, or answer a survey to earn them. It only takes a few minutes, which certainly is less time than when you’re waiting for a delivery or standing in line.

To snag Dairy Queen coupons as soon as they’re announced, sign up for the Blizzard Fan Club. This is Dairy Queen’s email newsletter, where they send out promos and news as well as updates about their Blizzard of the Month.

You only need to enter your name, email address, birthday, and zip code to join. If you’re wondering why they’re asking for all that information, they’ll be giving you special coupons for your birthday. Since coupons can be very branch-specific, the zip code filters out promos for branches that are too far from you. On top of this, you’ll also be gifted with more coupons on your signing up anniversary.

As soon as you sign up, you’ll receive a coupon or two on your email. It’s usually a Buy One Get One coupon that expires in two weeks, so make sure to cash in your ice cream by then!

Dairy Queen may be known for their ice cream, but that’s not all that’s on their menu. They serve drinks too like chocolate shakes, slushies, and the popular Orange Julius, which is a frothy, frozen version of orange juice.

Some customers love the Orange Julius so much that Dairy Queen formed a separate promotions newsletter called the Julius League Fan Club. The sign-up page for this is at orangejulius.com/en-us/julius-league/index. Similar to the Blizzard Fan Club, you’ll be one of the first to know about new flavors and monthly deals. This time, the focus is on their drinks, not their ice cream, though.

Like most fast food restaurants, Dairy Queen has a mobile app that helps you earn points every time you order. You can work your way up to a free Mini Blizzard or even a free Chicken Strip Basket. By registering in their app, you’ll receive member-only deals too and enjoy a new batch every Monday.

Of course, you can make online orders through the app, with your points automatically increasing. If you’re buying directly from the physical store, you can still rack up points by scanning the barcode with the app.

How many points do I earn per order?

DQ’s scoring system is somewhat more complicated compared to other restaurants because there’s more math involved. How it works is you get one point for every $0.10 purchase. Sometimes this doesn’t result in an exact number, so you’ll have to round to the nearest 10. For example, if your order totals $5.96, that would be rounded up to 60 points instead of 59. Still, the app does all of the calculating for you, so no need to think too much about the numbers!

What rewards can I earn?

That’s technically $20 worth of orders for a free cone. Not bad, since you’ll just have to order a Blizzard two to four times.

Even though you’ll probably have to give your email address to Dairy Queen for maximum coupon access, you can always opt for following them on social media too. Whether you’re checking out their Facebook, Twitter, or Instagram, you’ll catch posts about their Blizzard of the Month, new menu items, and major promos such as their $6 Meal Deal.

You might also want to look at your local Dairy Queen’s social media. Some branches even have weekly Buy One Get One deals for Blizzards.

When you get your receipt, don’t be so quick to throw it out! You might notice a note at the bottom that asks you to take a survey in exchange for a free Dilly Bar. The survey is usually at DQFanSurvey.com, and you’ll have to answer it within three days. As proof of your purchase, you’ll be required to enter the survey code printed on the receipt.

Filling out the survey only takes a few minutes. Dairy Queen is pretty conscientious with their market research and they’ve been running customer satisfaction surveys for years, so you’ll probably spot this a lot. Whether you love your order or you weren’t entirely happy with it, you’ll get to provide feedback while snagging free ice cream.

Dairy Queen’s permanent deals are usually for their non-ice cream menu items, probably because customers tend to overlook these in favor of the ice cream. Still, when you’re looking for food that’s more savory, Dairy Queen does have a variety of meals and salty snacks, which you can get for cheaper. Here’s how:

Aside from their Chicken Baskets, Dairy Queen also offers heavier meals for only $6. Options are limited, but both of these are fast food favorites anyway:

Both meals come with fries, a 21 oz drink, and, since this is Dairy Queen, a small sundae.

Occasionally, Dairy Queen varies up their $6 Meal Deal by adding limited-time options. Towards the end of 2020, they temporarily included the Bacon Cheeseburger.

If snacks are on your mind rather than lunch or dinner, then there’s a Dairy Queen deal for that too. Many Dairy Queen branches allow you to buy two snacks for only $4. You can choose from these:

That’s a well-rounded snack menu! You can pair the cheeseburger with the sundae or munch on chicken strips while occasionally sipping from a soft drink. Because there are so many combinations possible, it’s a popular deal among Dairy Queen regulars.

Deals often involve you having to buy one menu item so you can get another one for free. But there’s actually one day in the year when you can get free ice cream from Dairy Queen, no strings attached.

In a stroke of genius, someone came up with Free Cone Day, which is held every year on March 20. During that day, you can simply go up to Dairy Queen and indulge in a free small or dipped vanilla cone. This coincides with the start of spring when more people are eating ice cream again because it’s warmer.

Previously, Dairy Queen has followed this up with deals such as 50-cent small or dipped cones for a week. Although it’s already a tradition for the restaurant, they made an exception in 2020 and cancelled it because of the COVID-19 pandemic.

Discounts can be extremely specific to your local Dairy Queen, which is why it pays off to be a regular there. Many stores do offer student and military discounts, though. For student discounts, you can get 10% off as long as you present a valid student ID. Military discounts are somewhat more mysterious, with the amount of discount varying per store, but some branches have given as much as 40%+ discounts. In any case, it doesn’t hurt to ask your local branch directly.

Dairy Queen specials aren’t as diverse as their deals or coupons, but they’re available regularly:

Dairy Queen might be far from a bar, but they do have Happy Hour at certain locations. This is usually from 2 p.m. to 5 p.m. on weekdays. Different branches may have their own list of Happy Hour promos, but these are the most common:

All of the drinks come in small sizes. You’ll be saving around a dollar per drink, which adds up if you often drop by Dairy Queen during afternoons.