You are here: Fast Food Prices > An Overview Of The History Of KFC

The history of KFC began with that famous white beard and jolly grin. No, we’re not talking about Santa, but the one and only Colonel Harland Sanders. At the sight of his name, you probably hear his distinctive voice echo throughout your mind. But, Colonel Sanders wasn’t always a household name.

Like most earth-shattering ideas, KFC’s secret recipe was stirred up after dissatisfaction with something. Plain and simple, Colonel Sanders was not a fan of the way fried chicken was being prepared at the time, so he set out to change things up. In the 1930s, he developed his own secret recipe and started his business – the same one that would evolve into Kentucky Fried Chicken and become one of the most successful restaurant chains in the world.

The History of KFC – Origin and Franchising

The history of KFC had an unlikely start. At 40 years old, Sanders ran a car service station in Corbin, New York, where he began cooking for customers. The word got out about his delicious recipes, and soon enough, people were flocking to the station for his food rather than his car services. Riding the wave of popularity, Sanders closed down his service station and opened a restaurant that could cater to more than a hundred people. It was during this time that Sanders perfected the secret ingredients that make up Kentucky Fried Chicken – the same ingredients that you taste when you order from KFC today.

At the start of his business, Sanders and his recipe become wildly popular throughout Kentucky – so much so that in 1935, Governor Ruby Laffoon made Sanders a Colonel in recognition of his achievements. By 1950, Sanders started cultivating his appearance, with the string tie, white suit, goatee, and mustache – creating that familiar image responsible for making KFC recognizable around the globe.

The first Kentucky Fried Chicken franchise opened in 1952 in South Salt Lake, Utah, and it met great success. But how did KFC franchises end up spreading like wildfire? Sanders took a strategic and personable approach. He hopped in his small car and did a tour around the country to meet with restaurant owners. To seal the deal, Sanders would personally cook chicken for each and every one of them, and if they liked his recipe (which they inevitably did), Sanders would deal with them.

In exchange for using his secret recipe, the Colonel was paid a nickel for every chicken they sold.

From Sanders to Brown to Heublein Inc. 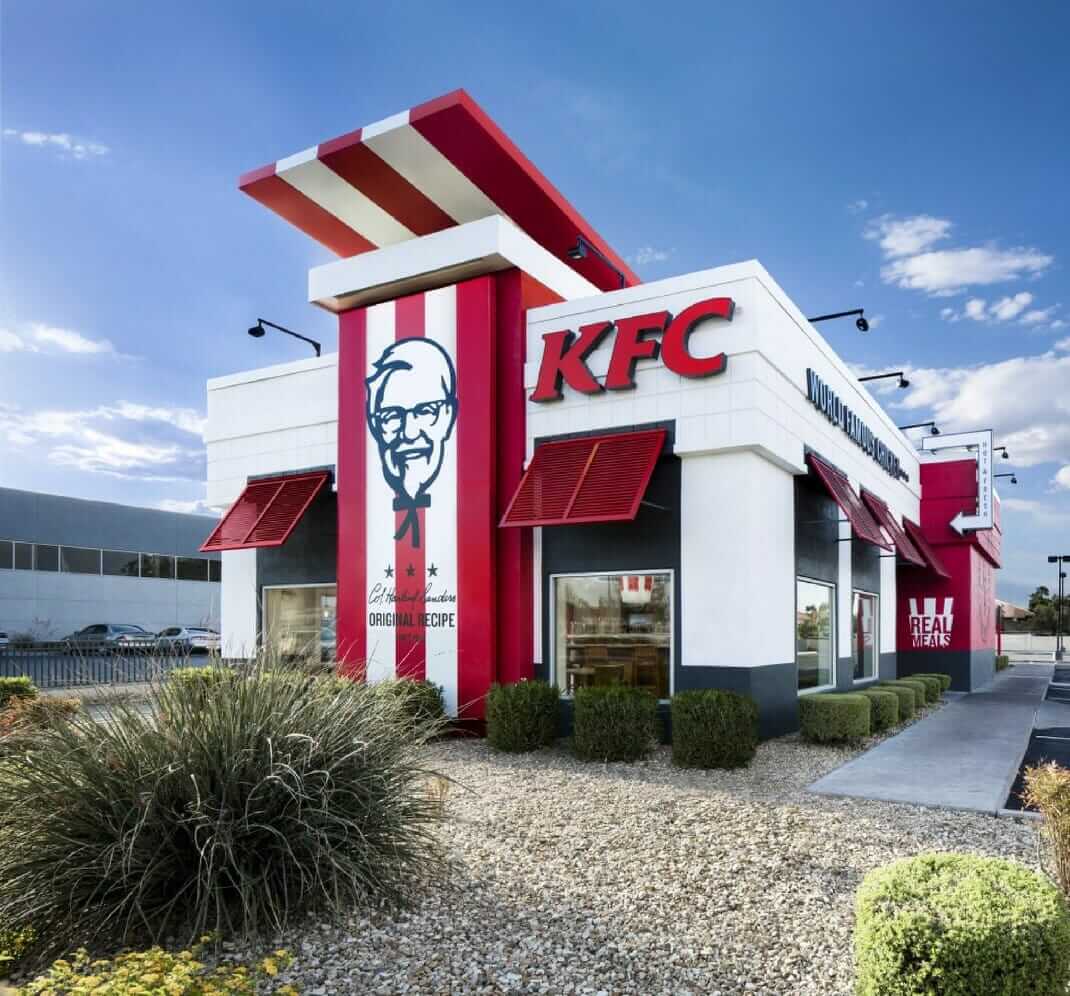 Sanders’ approach proved so successful that by 1964, KFC had franchised more than 600 restaurants in the US and Canada. That year, Sanders sold his stake in the company for $2 million to an investment group led by John Y. Brown Jr. While Sanders did sell his interest in the company, he remained as KFC’s public spokesman and his image continued to adorn their products.

Under new management, KFC grew and expanded throughout North America and the world. Three years after the company went public in 1966, it was listed in the NYSE on January 16, 1969. On July 8, 1971, Brown sold KFC to Heublein Inc., a drinks and packaged food company for $285 million. Under Heublein Inc., KFC grew rapidly in the early 1980s as its outlets expanded to more than 3,500 company-owned and franchised restaurants around the world. Growth was evident everywhere, but especially in the Pacific Rim with the number of stores in Japan increasing to 400.

Facing stiff competition from McDonald’s, Heublein sold KFC to R.J. Reynolds, a tobacco company. Reynolds provided $168 million in fresh capital to help with the company’s expansion. However, in October 1986, Reynolds sold the company to PepsiCo.

From PepsiCo to Yum! Brands 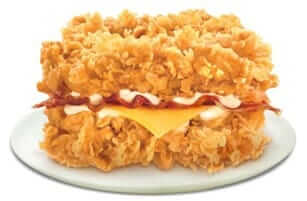 In January 1997, PepsiCo announced that KFC, along with the company’s other restaurants, Pizza Hut,and Taco Bell, would be spun off and become known as Tricon Global Restaurants, Inc. In 2002, the restaurant company’s name was changed to Yum! Brands. While the new company did well after its launch, it suffered from poor sales from 2002 to 2005, due in part to stiff competition from other fast food chains as well as the avian flu scare in 2005.

KFC responded to this with the launch of “Snacker” in March 2005. A small, inexpensive chicken burger, it became one of the most successful products in the history of KFC with sales of more than 100 million. In addition to this, the company also undertook a makeover of its restaurants, making the image of Colonel Sanders more prominent and using the full “Kentucky Fried Chicken” name in some of their restaurants. KFC also launched the Double Down sandwich in April 2010, which has two fried chicken pieces rather than bread bun. The Double Down sandwich has proven to be a success with more than 15 million in sales from March 2011 to March 2013.

The Recent History of KFC 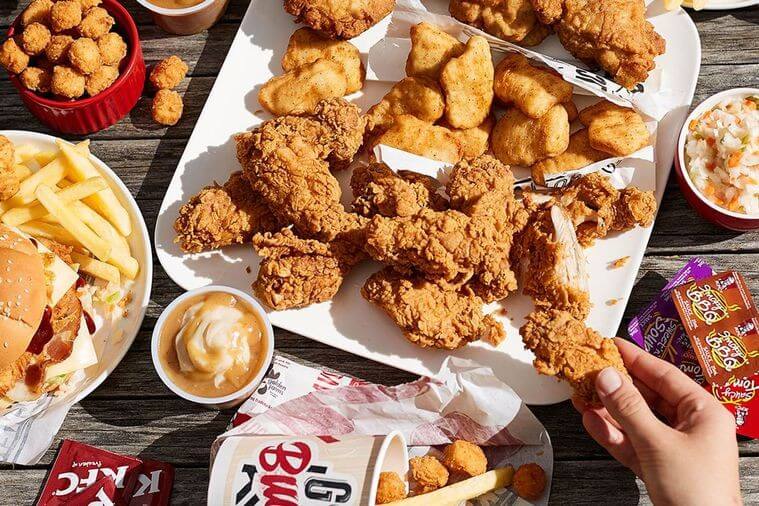 KFC’s major source of revenue is now China, and the company is expanding its operations in Asia, making up 49% of the company’s revenue. Currently, KFC Holdings has more than 640 restaurants in India, Cambodia, Brunei, Singapore, and Malaysia. The ever-increasing popularity of KFC in Asia is particularly evident in Indonesia, as well.  The country has 439 outlets, more than any other Western restaurant in the country.

Today KFC has more than 18,000 outlets in more than 120 territories and countries around the world. Of these, 4,600 are in the United States, 4,200 in China, and 9,000 spread throughout other countries. While the company sells primarily fried chicken, salads, soft drinks, and coleslaw, other chicken variations are available. In addition, all of their restaurants display the image of Colonel Sanders who, as the history of KFC has shown, is the man responsible for its beginnings.

After all this talk about KFC, you’re probably craving fried chicken. Don’t forget to take a look at the full KFC menu before you head to your nearest location.