You are here: Fast Food Prices > Why Kona Ice Trucks Are More Than Just The Neighborhood’s Ubiquitous Ice Cream Van

Sometimes it takes a bad experience to get one’s creative juices flowing. And that’s exactly what happened when Tony Lamb’s then 3-year-old toddler went outside their home to get an ice cream which, according to Lamb himself, was already freezer burned.

That and the fact that smoke was coming out of the truck that had a shirtless driver at the wheel were enough to make Tony and his wife Susie decide to put up Kona Ice in 2007. Kona Ice could have been just another shaved ice business but Lamb saw to it that Kona Ice Trucks would be more than just the neighborhood’s ubiquitous ice cream van.

The Kona Entertainment Vehicle (KEV) was designed and developed by Lamb not only to be visually attractive and audibly engaging with music but clean. There’s something exotic and tropical about shaved ice, the younger sibling of the “snow cones” that were part of every baby boomer’s childhood, which transcends even seasons.

Fine Texture Holds Up the Syrup

Why else is Kona Shaved Ice making waves even in winter? With flavors called Tiger’s Blood, Kona Kola, Red Hot, Godzilla, and Wedding Cake, you become a child again but not with the snow cones which you remember that ended up granulated and hard with the juice or syrup concentrated at the cup’s bottom.

Kona Shaved Ice’s fine texture holds up the syrup in it quite well, meaning it absorbs it instead of merely surrounding it. Kona Shaved Ice, unlike other similarly-purposed brands, does not require using a straw to be able to enjoy it since the flavor doesn’t sit at the cup’s bottom but is within the shaved ice. 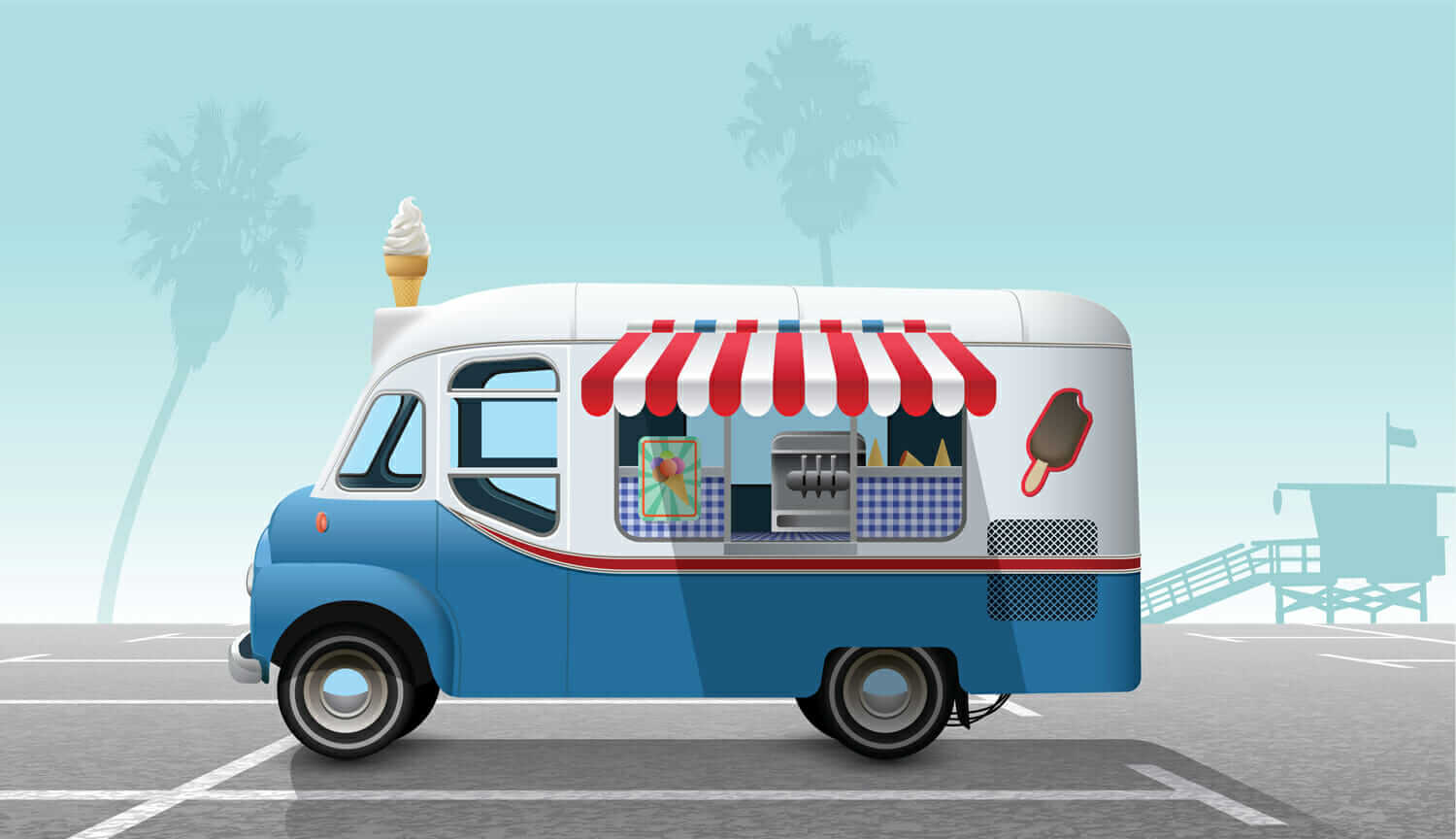 Having Fun with the Patented Flavorwave

Loading up on exotic and tropical flavors is not only delicious but fun with Kona Shaved Ice and its patented Flavorwave which includes a plethora of traditional American flavors, too. Kona Ice Trucks will have Cherry, Orange, Strawberry, Watermelon, Grape, Lemon-Lime, Blue Raspberry, Tropi-kona, Piña Colada, and Tiger’s Blood.

Because of their mobility, Kona Ice Trucks can be anywhere in no time at all. Other than making gourmet-type shaved ices available for customers, these trucks bring with them an experience that becomes different for different people. Daycare centers have “Kona Day” during the week and many schools reward their students with Kona visits.

Some of the Things You Get with a Franchise

Ranked by Entrepreneur Magazine as 2013’s Number One New Franchise, Kona Shaved Ice now has franchisees from New Hampshire all the way to California. Of Kona Shave Ice current franchise holders, 75% have already purchased their second units. The total cost of investment for a Kona truck is between $15,000 and $30,000.

Aside from the absence of build out costs which paralyze a potential franchisee, Kona Ice Trucks have fixed royalty which is actually just a fraction of what is standard in the franchise industry. Franchisees are not forced into expansion and their territories are assigned by zip codes.

Owning a Kona Shaved Ice franchise has relatively low overhead costs because the franchisee will not have real estate expenses yet is completely mobile and can operate as a single entity per KEV unit. Moreover, the average of food cost is pegged at only 6% and with the potential for expandability of the purchased unit in the future.

You Get More Than an Ice Truck and a Franchise

You don’t just get a Kona Ice Truck when you become a franchisee. You get continued standards and technology training, an invite to the annual Kona Konvention, mentoring and coaching from veteran franchisees, on-demand franchisee support for daily operations, customized KEV signage, and video tutorials.

Moreover, as a franchisee, you get to participate in the online forum and share techniques, tips, and ideas with other franchisees and have a dedicated public relations company to assist you in obtaining local press coverage. Owning a Kona franchise will also help promote your working partnership with other neighboring franchisees.