You are here: Fast Food Prices > Why does Taco Bell Prefer Toledo?

For those of you who are frequenting Taco Bell, remember this name; Quesalupa.

Quesalupa is Taco Bell’s next baby. It’s basically like Pizza Huts cheese stuffed pizza only, it’s cheese stuffed taco shell. And what can we expect from this new taco presentation? It’s going to be very cheesy, hot and crazy.

Nobody can go wrong with more cheese. Except for the calorie counters, everyone likes cheese and more of it will make the Taco Bell tacos even more lovable.

Taco Bell chose to stuff their shell with melted Pepper Jack Cheese. That’s going to be a bit hot and spicy but then again, most people who like Mexican food love the spice so this should be a welcome variant.

The choice of a spicy cheese filling is a sure win. There is only one way to go in giving spice lovers a special treat; spicier.

What’s a bit confusing is the reduced fat sour cream. Quesalupa will be dressed with fat reduced sour cream. 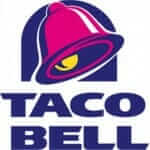 No one really knows where this fits in because Taco Bell added cheese. Should the reduced fat sour cream compensate for the extra cheese so as not to displease health and fitness enthusiasts? Chances are; they are no longer part of the Taco Bell market. Winning them over should already be treated as a lost cause.

Now, if the choice has something to do with the taste say, on how the fat reduced sour cream blends with the pepper jack cheese then, that’s understandable.

“Crazy” was included a while ago because of this news:

Quesalupa is at the moment at its test phase in 36 Toledo, Ohio Taco Bell locations. That’s understandable as in most cases; new products undergo this limited test marketing. But, it seems like it’s going to be a make or break thing for Quesalupa at Toledo.

Rob Poetsch, Taco Bell’s spokesman, was quoted in an email that if Quesalupa doesn’t make it in Toledo, the rest of the world could forget about it.

If this could be the first and last time people will get a taste of Quesalupa, Taco Bell fans would have wanted their state to have a chance of being Quesalupa’s testing ground. Now would be a good time to have a weekend vacation in Toledo.

Anyway, everyone is hoping that Quesalupa makes it in Toledo so the rest of America can try it too.

Quesalupa, at a test price of $2.99 should be a hot selling prospect for all cheese fanatics.

Work on a Variation

In an industry where taste should be the only thing that matters, it seems that food chain customers are asking a little bit more from their favorite establishments. It’s not enough that they serve the food that customers like but, there should be visible effort to create new favorites.

Though regular customers will come back for their favorite orders, they still want to see and taste something new. In most cases, these new products make them more committed to their favorites.

Food experts say that it has nothing to do with how the new presentation is loved or hated. Most of the time, the regulars still go back to their favorites, creating very little market for the new introductions but, customers always appreciate the effort of introducing something new.

Just for a Taste

So far, Taco Bell has been very successful with their Doritos Locos Taco, which is really nothing but their regular taco ingredients in a Dorito taco and; the Waffle Taco. Again, it’s nothing but wrapped around sausage or bacon, scrambled eggs, cheese and syrup.

Though Taco Bell’s traditional taco presentation still gets the most orders, these variants are considered successful in the sense that almost everyone who frequent Taco Bell at least tried it. Now, that’s the only thing you can really expect from a variant.

The success of a new product doesn’t really have to be measured in terms of how many people prefer it over the old ones but, on how many customers participated in the testing of your variant.

Remember how this article started; it’s either you like tacos or, you don’t.