Whataburger is allowing customers to once more savor the Buffalo Ranch Chicken Strip Sandwich. The wildly popular sandwich was first released in 2015 and has since returned on a limited time offer multiple times. 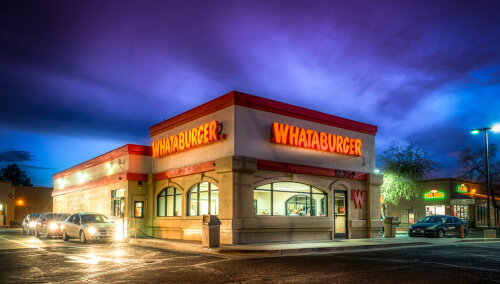 The Chicken Strip Sandwich is one of the most popular items on Whataburger’s menu, giving customers a chance to try something other than the restaurant’s famous burgers. In addition to the Buffalo Ranch option, Whataburger also serves a Honey BBQ Chicken Strip Sandwich. Both options can be ordered as a combo meal with fries and a drink for $8.39 (prices may vary by location).

Whataburger has a number of other burgers and sandwiches available on their menu. One of the fast-food chain’s popular burgers called the Breakfast Burger has been on their menu since September 2019 and is still on there despite being released as a limited time offer. Customers can enjoy the Breakfast Burger from 11:00 p.m. to 11:00 a.m. It is made up of a beef patty, two slices of crispy bacon, an egg, three hash brown sticks, American cheese, and Whataburger’s pepper sauce, which is spread on a four-inch bun.