Choosing the best diet this 2016 is, by far, the best choice for anyone. But opting for a veggie burger may not be the right decision if it contains more fats and calories than a regular burger. Here are some veggie burgers that you should avoid this 2016:

This $6 burger contains mushrooms that are considered a red flag since they can act like a huge sponge for fats and oil. Hence, when you do not have sufficient control on how your cook and prepare the mushroom, remember that it can turn out to be a sneaky absorbent of calories. 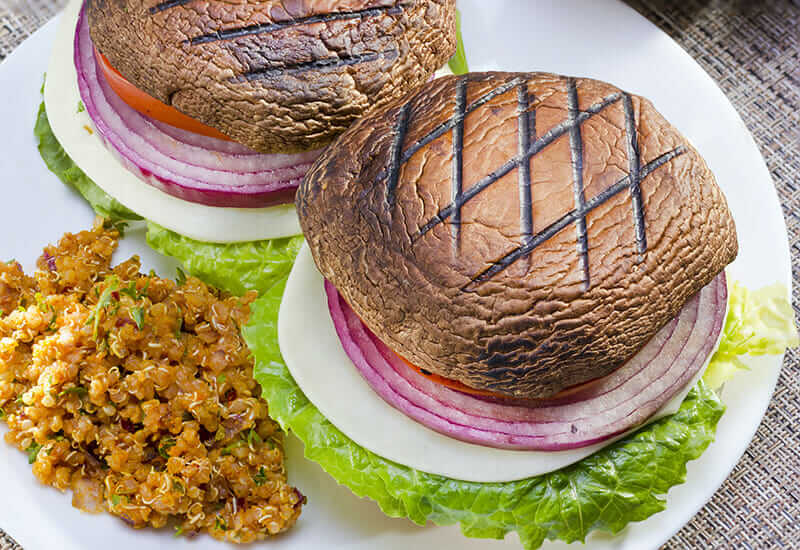 This item is often touted as the best tasting food at a chain restaurant. However, it is definitely not the healthiest. The fat content is the same as 10 Twinkies and that’s not a typo.

Better bets: You could simply order a veggie mini burger slider which contains 716 mg sodium, 14 g fat and 305 calories with grilled asparagus on the side.

These burgers weight in with twice the amount of calories and nearly thrice sodium as a BK Veggie Burger. “Definitely, this is not your best option when it comes to meat-free fast food meals,” says registered dietitian Michelle Dudash. What’s more, the so called “build your own” component of this burger meant only those with sufficient self-control would be capable of resisting the toppings. So, grilled onions, guac and fried egg, anyone?

Better bets: Those who are on a vegetarian diet should choose the delicious harvest salad topped with dressing (490 calories). On the other hand, meat-eaters can opt for the All-American burger that’s packed with cheese with fewer calories and more protein compared to a black bean burger.

Shifting to Burger King is a much better alternative. Aside from the breakfast menu, you could also enjoy hamburgers, chicken sandwiches and salads. Vegetarians could also opt for a veggie option since it has lower trans fats, saturated fats and cholesterol compared to beef hamburgers.

Veggie burgers from Burger King are served with a veggie patty, lettuce, sesame bun, mayonnaise, ketchup and tomatoes. This foodstuff has a total of 410 calories. According to the dietary guidelines, a maximum of 20% to 35% of the total amount of calories should be obtained from fats.

The vegetable burger has 35% of calories from fat so it’s still within the acceptable range. Out of the 16 grams fat, about 2.5 grams are saturated. No trans fat could be found with this burger.

Whole grains serve as a natural source of dietary fiber, minerals and vitamins. Individuals who consume a larger amount of whole grain are capable of managing their weight plus they’ll be enjoying lower risks of cardiovascular or heart ailments.

Why not try obtaining at least 50% of your grain serving from whole grain so as to comply with these dietary guidelines? Take note that Burger King claims its veggie burgers have whole grains and each piece provides 7 g dietary fiber.

The awesome boost in Burger King’s sales was credited to its chicken fries. The deep-fried strips were taken off the charts years ago, but were later reintroduced after clients demanded for their return. This ongoing guest outcry reached the point when these foodstuffs could not be ignored. The sales this December 2015 went up by 6.7 percent.

The parent firm, Restaurant Brands avers that new burgers, special offers and store improvements likewise helped in driving the increase in sales. Restaurant brands was established when the majority shareholder bought the Canadian Coffee plus donut chain for $11 billion.

The remarkable performance of Burger King helped earn more profits for the parent company that hit $9.6 million. The results came a few days after Burger King’s rival McDonald’s issue a statement that the company profits had previously fallen. On the other hand, Burger King recently opened 141 new restaurants and 52 new Tim Horton items.