Starbucks just announced their new promotion – a mystery creamery, and they want customers to guess what the flavor is. The creamer will be released to the public in January of next year, after launching cinnamon dolce, white chocolate, and caramel flavors in 2019. But for now, its identity will remain a secret, and it’s up to customers to play the guessing game before the whole world finds out. 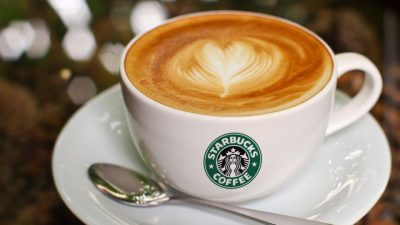 This Starbucks promotion will begin on December 5, 2019, and will conclude on December 11, 2019. To the first 50 people who correctly determine the name of the secret creamer, the company will gift each one with a bottle of creamer. But there is a twist: Customers are not permitted to taste the Starbucks creamer before deciding the flavor. To add to this exciting news, each of those 50 winners will receive the Starbucks creamer before it goes out to the public in January 2020.

People participating in this promotion should visit the Starbucks Twitter account and use the hashtags #StarbucksCreamerMysteryFlavor and #giveaway. The coffee company will also be announcing the prize winners through an emailed press release, so participants should be on the lookout for that.

Other brands such as Coffee-Mate and Hershey’s are releasing new coffee creamers in the new year, but none are quite as mysterious as the Starbucks secret creamer. Why not take a chance and guess what the name of the Starbucks mystery coffee creamer is? You might just be a winner.