One of my favorite drinks from Starbucks is the Cinnamon Dolce Latte. Made with espresso, milk, and sweet cinnamon syrup, this is a comforting hot beverage I can drink any time of the day – especially during Starbucks’ Happy Hour.

But if I’m running short on time, I’ve learned how to make my own version of the Cinnamon Dolce Latte from home for a fraction of the cost. The syrup has to be made from scratch, but the ingredient list is pretty simple, and it only takes about five minutes to whip it up. I like to make a double batch and store it in the fridge for lattes over a few days.

The drink itself is prepared in one saucepan while the syrup is prepared in another. One thing to keep in mind when preparing this recipe is that you don’t want the sweet ingredients or the milk to burn at the bottom of the saucepan. So be sure to stir it lightly every minute or so. After about 10 minutes, you’ll be able to pour two glasses of deliciously sweet Cinnamon Dolce Latte. You can top them with whipped cream and cinnamon, or skip the whipped cream for a low-calorie drink. 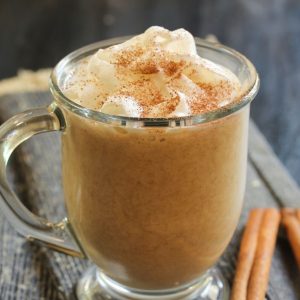