You are here: Fast Food Prices > Possible Reasons Why You’re In Love with Taco Bell

Possible Reasons Why You’re In Love with Taco Bell

For some of us, it’s not enough that we like Taco Bell. If you’re always the first to try the newest item on their menu, if Taco Bell employees know you by name, and if you get into altercations because you overheard someone say that it’s not real Mexican food then it’s fair to say that you’re in love with Taco Bell. 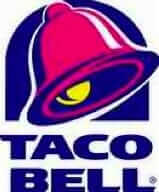 The strange thing about this love affair is that it isn’t one-sided at all. It feels like it’s reciprocated. So here are some explanations as to why loving Taco Bell with a passion makes sense for many of us:

1. Super delicious food. This is actually the first thing that comes to mind when I get a craving for Taco Bell. The first time I tasted their food, the experience was so different from the usual burger joint, and I couldn’t get enough. It was the first time, but it certainly wasn’t the last. In fact, Taco Bell became a mainstay in my diet.

2. The prices of their food are quite reasonable. Whenever you come across something different and tasty, often the prices can be unreasonably high. After all, look at caviar and its ridiculous prices. Other examples abound, including the best steaks, the best champagne, and the best whiskey. You really have to pay through the nose for the privilege. 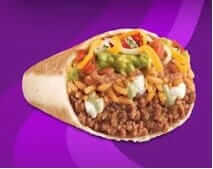 But the Taco Bell prices are so affordable that it’s truly democratic. It’s not just for rich kids and tech start-up geniuses. Everyone get afford these prices, and the dollar menu offers a lot of options that will truly get you high.

3. Celebrities love Taco Bell too. Cheap doesn’t mean low-class at all, especially where Taco Bell is concerned. That’s why even celebrities love their food too. For example, when Justin Timberlake won at the People’s Choice Award, he celebrated the victory by eating at Taco Bell. And he made sure everyone knew it, because he shared photos of the victory party through Instagram.

Even Kim Kardashian and Kanye West were seen visiting a Taco Bell after going to the movies, so at least now we have something in common with this couple. Chrissy Teigen is so devoted to Taco Bell that she even wears Taco Bell rings. Anna Kendrick confessed her Taco Bell obsession to Conan O’Brien when she was his late night guest. Selena Gomez once tweeted about coming in for one thing in Taco Bell and then ordering a bunch of food instead. Katy Perry has admitted her love for Taco Bell. And even Martha Stewart brought Conan some Taco Bell dishes in one of his shows in 2009.

4. The Baja Blast.  A lot of us who have tasted this unique drink understand why this deserves its on slot on this list. This drink was made exclusively for Taco Bell by Mountain Dew, and now it has become a cultural phenomenon. For some reason, its particular sweetness (and maybe its electric green color) really goes well with just about any item on the Taco Bell food menu. That’s why every now and then Mountain Dew sold Baja Blast bottles in stores because of the high demand.

5. Four square meals a day. There are 3 basic meals (breakfast, lunch, and dinner), and there’s the 4th meal you can get at Taco Bell that’s perfect for late nights and wee hours of the morning. The meal you get can be as heavy or as light as you want, and it’s all good. So if you’re hungry at 2AM, you know where to go!

6. The food preparation can fit your preferences. The people who work at Taco Bell don’t mind if you have special requests regarding the food. If you don’t want tomatoes, cheese, or lettuce in your dish, just say so and your wishes are granted. Or if you want all of them, just say so too. The people there don’t mind.

That’s because the food served in Taco Bell isn’t pre-packaged just waiting to be heated, which is quite common in other fast food joints. The burgers are all prepared the same way, so they can’t really accommodate you if you don’t want ketchup with it. But at Taco Bell, your wish is their command.

As you can see, any of these can perfectly explain why we love Taco Bell. In fact, seem to show that our favorite fastfood restaurant loves us too. It’s an eternal love affair that won’t end, and there’s no iceberg in sight.