You are here: Fast Food Prices > Popular Fast Food Chains You Do Not Know About (Yet!)

When people mention the words “fast food” it is safe to say that there are some popular fast food chains that will pop into your mind right away. Chains like McDonald’s, Wendy’s, BK, and KFC are so hugely popular that they are known the world over and people know what they are about at the drop of a hat.

These fast food chains have been around for years and will likely be around for several generations more but as popular and as beloved as they are there is always room in the fast food market. Some new fast food brands pop up and die in a span of months while there are others that actually make it and may just become a part of the fast food lore. If you consider yourself a fast food connoisseur, below are some popular fast food chains you do not yet know about (but should!)

This fast food chain has 29 locations across Florida, Massachusetts, and New Jersey and has an impressive 285% growth rate. While most people will ask what is so special about yet another yogurt place that serves dessert but according to them what they serve is a “yogurt experience”. With flavors like Zeusberry Greek and Ooey Gooey Cinnamon Bun, maybe they do have a point. Yogurt isn’t exactly traditional fast food fare but it is one of the hottest new trends in the quick-serve food businesses. 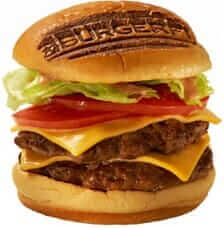 “Another burger joint?” some of you may groan but with 20 locations in Florida, Georgia, and nearly a dozen in other states plus a 250% growth rate, Burgerfi may just be one of the many popular fast food chains you have never heard of. This burger joint serves burgers made from all-natural grass fed beef which means you get a burger that tastes a lot like premium steak. They also have some veggie burgers for discerning crunchy granolas and to make sure you do not mistake them for McDonald’s they furnish their restaurants with recycled products and ceiling fans to cut down on energy waste. This is fast food with conscientious people and definitely something you should support. 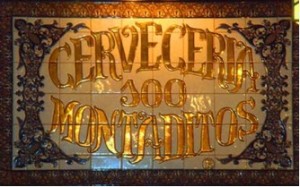 Yet another one of the most popular fast food chains you do not know about. This fast food chain has 10 locations in south Florida and has a projected 233% annual growth rate. It is actually a pretty popular chain in Europe and they offer tapas-sized sandwiches and lots of other Spanish fare. Not only is it a hit with the Hispanic population in the US but also among people who love flavorful food as alternatives to Subway subs. They also serve beer and wine for just $2. 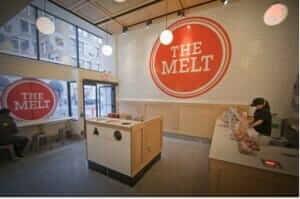 The name alone makes you think of ooey gooey melted cheese goodness and for the most part, they do offer such treats. This up and coming fast food chain has 15 locations in California and has a projected 155% growth rate. They have delicious all-time favorite combos that pair grilled cheese and soup so you can see why it is so popular with people that actually know what it is. This fast food chain prides itself on elevating the time-tested grilled cheese by using fancy bread and fancy cheeses like aged cheddar and fontina. They also add short ribs and Portobello to make their sandwiches real winners. This is a bit of a hipster haven since they offer special techie touches those hipsters so adore. But if you can get over the hipster factor, they do serve amazing grub. 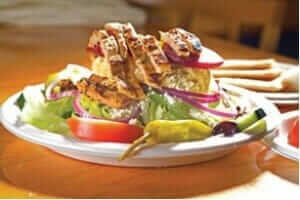 Who doesn’t like gorging on Greek food? Most of the time, fast food lovers tend to steer clear of this type of food since not many fast food joints serve such cuisine but with the emergence of The Little Greek Restaurant, that is about to change. This Greek fast food joint has 12 locations in Florida and Texas plus it has a projected growth rate of 120%. What makes this chain such a hit is that it offers people the chance to chow down on Mediterranean food which is all the rage these days. If you are looking for fast food grub that is somewhat healthy, they have it for you. 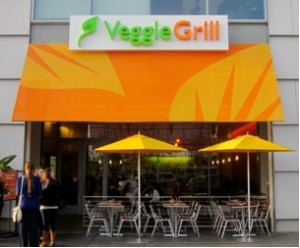 The very name suggests that it serves healthy food and this is great news. After all, for the longest time people had massive fast food chains that served anything but healthy food. This restaurant has 19 locations in the West Coast and they also have a projected 100% growth rate. They offer delectable burgers on the menu but none have meat (of course!) and they serve side dishes that include vegetarian chili, red cabbage slaw, and kale. This is a vegetarian’s dream and the faster it spreads across the nation, the better for everyone. 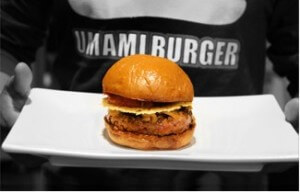 “Umami” is a Japanese word that translates to “pleasant savory taste”. As if burgers weren’t heaven enough on their own they had to bring in a special umami touch! This burger joint has 16 locations in Florida and California and they have a projected growth rate of 100%. It is actually a more upscale joint than other fast food chains and has a very trendy Asian vibe. Their burgers are also quite fancy and have added ingredients like truffle glaze, caramelized onions, and shiitake mushrooms. Their burgers are rumored to be heavenly. Expect to pay 3x more than what you would pay for a McDonald’s burger though since these are fancy burgers that you will not find in just any fast food joint.

Watch out for These!

Do not feel too bad if you have never heard about these popular fast food chains or if you want to give them a go but aren’t open in your area just yet. These chains are growing and they are growing fast so you should have one opening in your area before you even know it. They serve fast food grub unlike any you have ever tried and are worthy of the attention they are getting.