Peet’s Coffee will be taking the chill off this winter, by offering coffee lovers their all-new Horchata Lattes made with Oat Milk. Customers will be allowed to purchase these lattes at their local Peet’s Coffee shop now up until March 3, 2020. 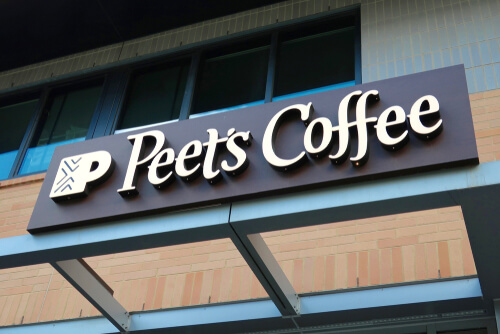 Peet’s Coffee has introduced the lineup of their new lattes as fully plant-based, and customers nationwide will have the option of purchasing them either hot or iced. Peet’s Coffee shop is featuring their Oat Milk Horchata Latte and the Vanilla Cinnamon Latte – here’s a look at what’s in them:

Doug Welsh, Roastmaster at Peet’s Coffee, said in a press release, “This spectacular single-origin brews a sweet and full cup that is memorably, fragrantly fruity, with a whiff of white flower, a concentrated dose of dried blueberry, and a shot of candied citron.” He also stated, “This sun-dried coffee from Ethiopia tasted so other-worldly good, we dubbed it super-natural.”

Peet’s Coffee isn’t the only company taking that step to go dairy-free on the menus. Starbucks made that move by adding three non-dairy beverages to its menu, which are the Almondmilk Honey Flat White, Coconutmilk Latte, and the Oatmilk Honey Latte.

Additionally, Dunkin’ has clearly made that move. The coffeehouse has included on their menu their new Oat Milk Latte, which is made with oat milk and an option of any add-in desired.