You are here: Fast Food Prices > How To Get A Free McDonald’s Egg McMuffin on March 2

It seems like there’s a holiday for everything. And now, the McDonald’s Egg McMuffin is joining the ranks of celebrated foods like cookies and pizza with its very own holiday. March 2, 2020, will be the first Egg McMuffin Day, and to celebrate, McDonald’s is giving away a free Egg McMuffin to customers who use the restaurant’s mobile app. The freebie is only available between 6:00 a.m. and 10:30 a.m. 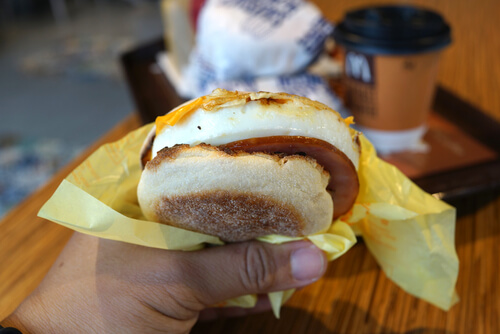 The iconic breakfast sandwich was first released back in 1971 and has been a fan favorite ever since, carrying McDonald’s breakfast menu through the latest fast food wars – even nearly 50 years after its original launch.

In a news release, David Tovar, McDonald’s vice president of U.S. communications, said, “While we’re giving the Egg McMuffin its moment, we’re really honoring our breakfast fans who have woken up with McDonald’s breakfast for nearly 50 years,” He continued, “And we just thought, ‘hey, why not declare March 2 as National Egg McMuffin Day?’”

March 2 is a big day for another fast food chain. Wendy’s breakfast menu will be launching nationwide that day, so you’ll have plenty of early-morning options to choose from come this Monday.