McDonald’s has been around since time immemorial, and time and again we have witnessed the launch of several food items which appeared to look good on paper but turned out to be among the worst management decisions this fast food chain has ever made. Do you remember the McHotDog or the McDLT of the early 90’s? If so, then you would have an idea what we are talking about.

While some food items such as the McSpaghetti have long been forgotten in the US but still thrive as specialties in other locations such as the Philippines, there will always be newer food items on offer that this fast food chain would come up with in order to reinvigorate its rather repetitive menu, and at the end of the day we realize that hey, these new offerings do not seem so bad after all! 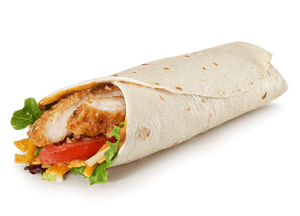 Perhaps giving tribute to a traditional Mexican food staple or rather just targeting the large Latino population, the McWrap has been one of the few new offerings McDonald’s has come up with as of late. Using whole wheat tortilla wraps, one can choose several varieties of fillings which are mostly applied on the predominantly chicken fillet content. The variety actually comes from the choice in sauce which would include sweet chili, chicken & ranch, chipotle BBQ, and other combinations which would make your taste buds go wild.

Preparation would mostly be a choice between grilled or crispy, which offers variety in terms of texture. To maximize the reach of the McWrap product line, they even offer sausage burritos for breakfast, which is done almost the same way but with different content more appropriate for a lighter breakfast meal. 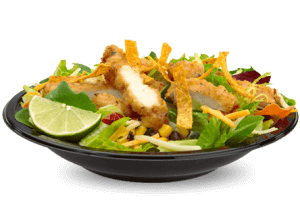 For a fast food chain that has heavily capitalized on burgers and fries, you would think that seeing even the shadow of a salad dish on the menu would be wishful thinking. Thankfully, McDonald’s has been dedicating a lot of effort to its constant reinvention by coming up with something lighter and with significantly less calories.

Salad choices have multiplied throughout the years and now include a wide variety of fusion salads which include different ingredients. Nowadays, you would be able to find a premium bacon salad with ranch dressing, which could be customized to add grilled or crispy chicken bits. Some branches would offer a typical Southwest salad predominantly comprised of various vegetables and which also comes in varieties with grilled or crispy chicken added to it for some important protein-rich content. As a side dish, a lighter side salad variety is also on offer. 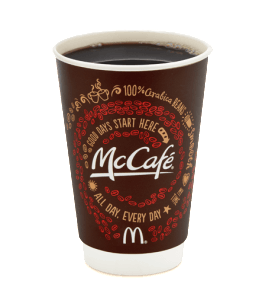 To further expand and take advantage of another demographic on the rise, most McDonald’s branches nowadays would also have a McCafé area incorporated within the premises. While the main area would take care of your needs for lunch or dinner through the traditional chicken and burger menu on offer, McCafé promises to take care of your sweet tooth’s needs, banking on caffeine and chocolate as appropriate choices for dessert.

Most of the products available at McCafé would include coffee of different varieties such as iced caramel mocha, iced coffee, latte. For chocolate lovers, the traditional hot chocolate is also on offer here, although you would also have the choice among other variants of the frappe variety which adds whipping cream and various toppings such as strawberry or chocolate syrup. The original menu has also expanded to include new innovations and experiments with fruits such as banana smoothies and mango pineapple milk shakes. If you are craving for more traditional offerings, though, then the all-time favorite vanilla or strawberry milk shake would most likely fit the bill. 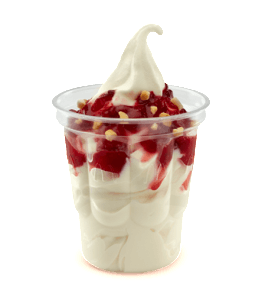 A McDonald’s meal would not be complete without desserts, and you would know that ordering a piece of apple pie or a cup of McFlurry would be the most common scenario. For most, they would be contented with a vanilla cone or a hot fudge sundae, which have been the traditional favorite for everyone for such a long time now. It is a good thing, though, that McDonald’s still tries to innovate and introduce something new from time to time, just to make sure that it is not behind in terms of popular trends in the food industry.

As well as focusing more on healthier food options, McDonald’s has since come up with worthy alternatives such as the Fruit ‘N Yogurt Parfait, which is available in some of its locations and it the best option for health buffs who are in consistent watch of their caloric intake. Cookies are also available in some McDonald’s locations offered in chocolate chip or oatmeal raisin varieties. Lastly, the apple pie is now joined by cherry and strawberry, among several other selections.