You are here: Fast Food Prices > KFC Introduces Its Best Chicken Sandwich Ever 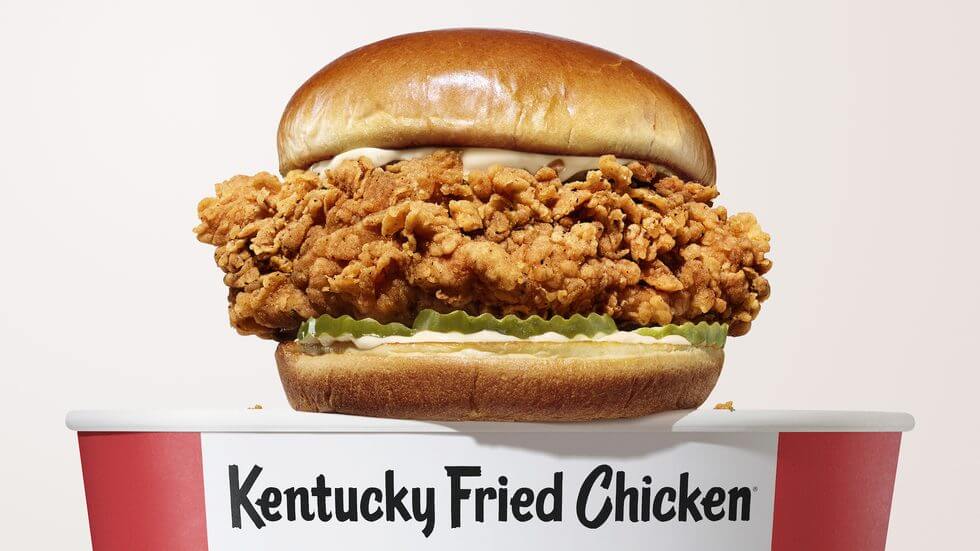 KFC held nothing back in the development of its new Chicken Sandwich. The new Chicken Sandwich features a quarter-pound, all-white meat, double-breaded, Extra Crispy™ chicken breast filet with thicker, crispier pickles and your choice of either Colonel’s real mayo or spicy sauce; all sandwiched between a buttery brioche bun. To ensure that you are getting a fresh, hot sandwich every time, each Chicken Sandwich is made to order.

KFC wanted fans to know that this new Chicken Sandwich was playing to win, and so no stone was left unturned in the development. KFC partnered with six different bakeries on more than ten recipes to find the perfect bun for its new quarter-pound, all-white meat, double-breaded, Extra Crispy™ chicken breast filet. KFC even tested eight thickness variations for its pickles to ensure that the new Chicken Sandwich was made perfect.

After a successful launch in Orlando, Florida, in 2020, KFC is now ready to roll out its new Chicken Sandwich to the masses. Andrea Zahumensky, chief marketing officer, KFC U.S.said in a press release, “Many customers hadn’t considered KFC as a part of the chicken sandwich conversation, but anyone who tastes this sandwich will know, without a doubt, that we’re playing to win.”