You are here: Fast Food Prices > Is It Possible to Have hamburgers in Space? Scientists from Russia Say Yes

In Moscow, the capital of Russia, hamburgers may soon be introduced on Russian menus for missions in outer space.

The Russian research institute that is in charge of designing the meals for the nation’s cosmonauts explained last Thursday that it was open to preparing hamburgers. This occurred after the leader of the Russian branch of the very popular American fast-food restaurant Burger King made a suggestion that it should include cheeseburgers in the tubes, as reported by the online news portal Kommersant.

The head of the space food division of the Russian Academy of Sciences, Lyudmila Pavlova, explained to ITAR-Tass that they were not against the possibility of serving hamburgers in outer space. She pointed out that this was especially true if the meals tasted good and the cosmonauts enjoyed them.

Not everyone, however, is happy with the news. Some members of the development team said they were against introducing burgers on the Russian outer space food menu.

The head of catering for the International Space Station for the Russian Academy of Sciences, Alexander Agureyev, stated that he was personally against the idea of hamburgers in outer space. He explained that it was the type of fast food that wasn’t customary for Russia. He further said that the proposals to modify the space menus have been abundant ever since space food started to become mass produced back in 2011.

Today the menu of astronauts is typically comprised of refrigerated, canned and dehydrated foods that come with lengthy shelf lives. 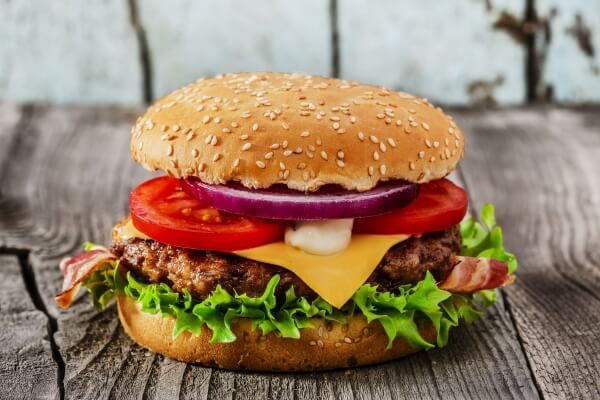 Even though a wide variety of ethnic and fast foods include items such as hamburgers and chicken teriyaki and are made available on menus for astronauts in the United States, the menu made for cosmonauts in Russia has typically included more traditional Russian items like cottage cheese, caviar and borscht.

Back in the first ever joint U.S.-Soviet space flight of the Seventies, astronauts from Russia were famous for offering American astronauts foods like tubes of borscht paste along with vodka labels that were taped outside as a joke.

The Soviet space program was also the first ever to introduce a space rover, first ever to retrieve a sample of lunar soil that was automatically extracted and brought back to Earth, and first ever space station.

The USSR rocket and space program started out with the help of captured scientists from the advanced rocket program of Germany and was accomplished mainly by engineers and scientists from the Soviet after the mid-Fifties. It was based on notable and rare Soviet and Imperial Russian theoretical developments. Many of these developments were derived by Konstantin Eduardovich Tsiolkovskii. Tsiolkovskii is often times referred to as the father of theoretical astronautics.

Sergey Korolev was once in charge of the principal design group. Korolev’s official title was “chief designer” and this was the standard title used for positions that were similar in the USSR. Their competitor in the “Space Race” was the team from the United States where NASA was operating as a single coordinating agency. The program of the USSR, on the other hand, was divided among quite a few competing design groups. These were led by Korolev, Valentin Glushko, Vladimir Chelomei and Mikhail Yangel.

Since the program had a classified status, and also because of propaganda goals, the announcements of the space mission’s outcomes were often delayed until their success was guaranteed. In cases of failures, the reports were not disclosed. As a result of the policy of Mikhail Gorbachev in the 80s, several facts regarding the space program of the USSR were declassified.

Setbacks that were notable included the passing away of Korolev, Vladimir Komarov, who died in the Soyuz 1 crash, and also the death of Yuri Gagarin, who passed away in a typical fighter jet mission.

Because of the collapse of the Soviet Union, Ukraine and Russia took over the program. Russia in turn formed the Russian Aviation and Space Agency. This is today known by the name the Russian Federal Space Agency or Roscosmos for short. In Ukraine the team in charge of space missions began the National Space Agency of Ukraine (NSAU).