You are here: Fast Food Prices > The Four Best Limited Menu Items of All Time

Limited-time menu options are a cornerstone of the fast food industry, a strategic way to generate a buzz or test a potential new product on the unsuspecting public. “You need to generate excitement and interest, but you can’t afford to continually extend the menu,” says Gary Occhiogrosso, the chief development officer of TruFoods LLC. He notes that a lot of time and effort goes into developing, testing and promoting limited menu items in the hopes of generating excitement and bumping up business.

Limited menu items generate a sense of urgency, since they’re only available for, well, a limited time, and once customers realize they’re in love with said item, they may end up rolling through the drive-thru several times a week to get their fill before it disappears.

And that’s exactly what happened with these four crazy-popular limited-time menu promotions that happen to be the some of the most successful of all time.

By far one of the most successful limited-run menu items in history, the McRib was introduced in 1982 and racked up scores of hard-core fans who mourned its loss when it disappeared.

Thankfully, McDonald’s wasn’t about to bury the McRib forever, and sure enough, they brought it back a few years later to rabid approval from those who would die for the tender meat and tangy barbecue sauce. Every few years, McDonald’s rolls out the McRib again, and people go stark-raving mad, bumping up sales and congesting the drive-thru.

For a short time in 1987, the Burger Bundle gave slider-lovers quite a thrill. Sold in sets of three or six, these tiny sliders were a huge hit with the tween and teen demographics, because what’s not to love about getting a heckuva deal on a mess of teeny tiny burgers? Unfortunately, the patties, which were about the size of silver dollars, had a habit of falling through the grates of the automated broiler. Rather than replace all of the equipment in all of its stores, Burger King discontinued the Burger Bundles later that year, much to the devastation of scores of loyal fans. 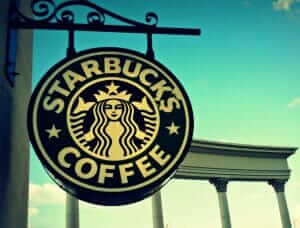 In the fall of 2003, Starbucks launched the Pumpkin Spice Latte, a limited menu item that became so wildly popular that the coffee giant has brought it back every year since, with great success. In fact, its success is so astronomical that pretty much every fast food place on the planet tries to capitalize on a pumpkin spice-flavored something-or-other every October.

The Double Down, KFC 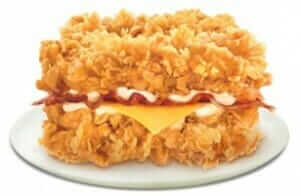 Someone was on fire in the KFC boardroom on that fateful day when they discussed the next great limited menu promotion. “How about a sandwich? Only instead of bread, we use fried chicken patties!” “What’s between the patties?” “Well, cheese, I guess, and more meat…bacon! Yes, that’s it! Cheese and bacon!”

Thus was born the Double Down in January, 2010, and a staggering ten million were sold that first month. It was so adored, in fact, that videos of people eating this delectable monstrosity became a sensation on You Tube. The promotion was supposed to run through May 23 of that year, but KFC was reluctant to pull such a popular item from the menu and decided it would stay on indefinitely, which it did in some markets. In others, it makes a limited-time comeback every few years, to great joy and success.

Limited-time menu options are an important staple in the fast food business, and over the years there have been some real doozies. What’s your all-time favorite limited menu promotion?