The food industry is always looking to come up with creative new ways to make eating out even more convenient. And while carryout is already one of the quickest ways to grab a bite on the go, Domino’s just developed a system to make it even more streamlined. Pie Pass is an online ordering system where customers can order Domino’s and prepay from their desktops or mobile phones. Once they arrive at the restaurant, they can “check-in” via the app to let Domino’s staff know that they have arrived and are ready to pick up their pizza. Workers inside will be notified immediately so they can finish up the order, and the customer’s name will appear on a television screen inside the restaurant. 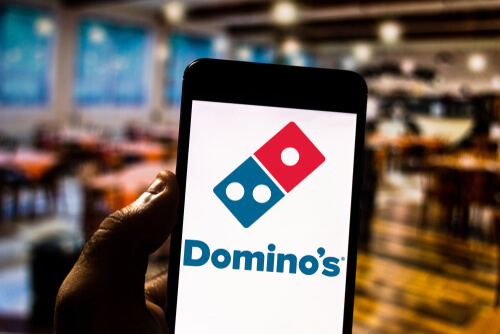 All the customer needs to do is walk in and grab their order. Even better? If there’s a line, Pie Pass customers are allowed to skip it. It’s like an amusement park fast pass for pizza.

Another fun element to the Domino’s Pie Pass initiative is the new commercial created to promote the ordering system. Domino’s collaborated with the classic sitcom “Cheers” to recreate the show’s bar scene, which is intended to look like a Domino’s restaurant. The commercial even includes clips of the beloved character Norm, who shows up to the restaurant to pick up his pizza, confused about why the worker doesn’t know his name. She responds, “Did you use Pie Pass?” which leads into a montage of customers who have ordered their pizza through the new online feature and are greeted upon their arrival by their first name.

Domino’s probably won’t play the theme-song of Cheers in the background when you go to pickup your order, but at least you can skip straight to the front.