Whoever thought about the concept of value menus was a genius. These meals are a combination of all your favorite food in your favorite fast food joint. Something meaty, something cheesy, and something tasty. The smell alone can make your stomach grumble and crave for food. And what’s more—they’re not expensive at all. For just a few dollars, you can have a feast right in front of you. That’s the whole idea of value menus.

One of the most popular of these food box sets is the Burger King Value Menu. This world-famous fast food restaurant chain is one of the biggest franchises, not just in the US, but globally, and certainly one of the most profitable. This means that they have perfected the craft that makes people adore their food selections. They know what combinations are made to make people happy.

One criticism, however, is that their products promote unhealthy eating, similar to other big fast food chains in the United States. Due to the large size of their sandwiches, they also contain huge amounts of unhealthy ingredients. Because of this, they shifted their strategy, and they added nutritional information in the website so people can decide whether they want to get that burger or not.

What does the Burger King Value Menu have to offer

You should see the picture of this monster. Just looking at it can make your blood pressure shoot up; but it simply looks so good, so superbly tasty and juicy (as BK points out). This giant is composed of toasted sesame seed bun, BK’s signature flame-grilled beef patty topped with fresh lettuce, sliced white onions, juicy tomatoes, crunchy pickles, smoked bacon, a layer of melted American cheese, bacon, pickles, ketchup, and mustard.

If there’s a word we like in burgers, it’s the word double. Double the fun, double the yummy, and everything else you can think of. In this case, there’s more flame-grilled beef patties and cheese and bacon. But that’s not all. Together with this giant feast is an added dose of sodium, cholesterol, trans fat, saturated fat, sugar, and calories. They also have good stuff too, by the way, like protein and carbohydrates.

When you eat a sandwich, however (and since we’re already talking about value meals), you’re probably going to have chicken nuggets, fries, onion, rings, ice cream, and soft drinks. So if you think about it, with just having this set for lunch, you’re already going way over the recommended daily allowance of the bad stuff, like sodium and trans fat. What about those that you will get from breakfast and snacks and dinner?

Let’s take a look at some of the unhealthy stuff.

These are trans-unsaturated fatty acids that are industrially created and are used in frying fast food, packaged baked goods, snacks, margarine, and many others. They have become a significant part of the human diet since the past decades, and studies have linked it to the development of ailments, such as high blood pressure, heart disease, cancer, Alzheimer’s, diabetes, liver 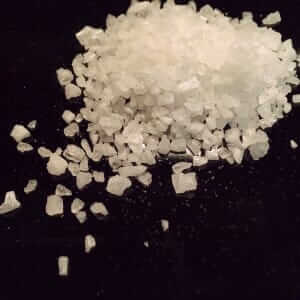 dysfunction, and many more. They are also huge contributors to obesity, which is an issue for a lot of people in America.

Sodium is fine, as long as you don’t intake too much of it. This mineral takes about 40% of table salt, which makes our food taste delicious. If you’re cooking something, most likely you need to add salt to prevent it from being bland. If the amount of sodium in the body is too much however, your kidney will have troubles removing it from the system, and can cause kidney failures. Furthermore, it can increase the risk of stroke and heart attack because it damages vessel walls and hardens the arteries.

There’s nothing wrong with eating fast food and no one can really stop you from binging, but it’s always a good idea not to overdo it. According to studies, a once-a-week indulgence in these mouthwatering value menus will not increase the risk of ailments. Of course, during the other days, you should eat healthy, whether at home or in restaurants. If you’re cooking, don’t add too much salt, and buy organic products. If you eat a lot of prepackaged food, like bologna or hotdog or ham, you are not doing yourself any favor, since they also contain unwholesome ingredients as well.