After what seemed like an eternity, the Turkey Del Taco has finally been resurrected. Del Taco recently announced the return of their ground turkey protein option, one of the most popular menu items in the restaurant’s history. 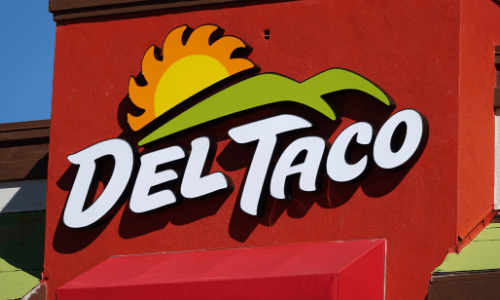 Customers can order two of the beloved Turkey Del Tacos for $3 as a part of the fast food chain’s latest promotion. The Turkey Del Taco comes in a corn or flour tortilla or hard shell with ground turkey, cheese, lettuce, and tomatoes. According to the website, Del Taco’s ground turkey contains 40% less fat their beef protein option.

The menu item was originally released back in 2014 and was an instant hit. Customers nationwide have requested the return of Turkey Del Tacos for quite some time and rejoiced when the company made the announcement via Twitter, replying things like “It’s about time” and “Wow, I didn’t think you heard me but THANK YOU!” Turkey has been on and off the Del Taco menu since its original launch and will only be available for a limited time this year. Along with the Turkey Del Taco comes a couple of new menu items, as well. The restaurant chain is introducing the Turkey Flatbread Taco and $6 Turkey Flatbread Box.

Del Taco’s ground turkey is not exclusively served with Del Tacos and Flatbreads; customers can customize their burritos, nachos, and other dishes to include turkey instead of another protein.