The word “war” usually has a negative connotation, and rightfully so. It usually means a battle in which both parties suffer tremendous losses. However, there is one war that I, for one, am happy about that is still ongoing. That’s the Chicken Sandwich War. In an update in the Chicken Sandwich War, Chick-Fil-A has announced that it would be spicing things up with their new Grilled Spicy Chicken Deluxe Sandwich. 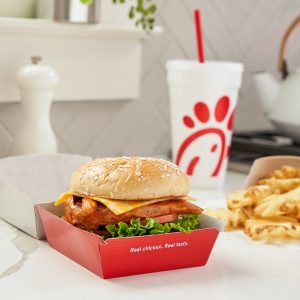 If you are not familiar with the Chicken Sandwich War, it all started back in 2019 when Popeye’s released it, Chicken Sandwich, which took the internet by storm. Since then, fast food giants have been contending to claim the bragging rights of having the best chicken sandwich, much to the delight of fans nationwide.

Chick-Fil-A previously tested the Grilled Spicy Chicken Deluxe Sandwich at select locations and got rave reviews. “Our Grilled Spicy Deluxe Sandwich got great feedback from guests in our test markets, so we knew we needed to expand the offering to Chick-fil-A® restaurants nationwide.” Said Wadlington.

The new Grilled Spicy Chicken Deluxe Sandwich will appear on Chick-Fil-A’s menu on January 25th at participating locations nationwide but only for a limited time.

This news comes fresh on the heels of KFC’s announcement of what KFC is calling their Best Chicken Sandwich Ever.