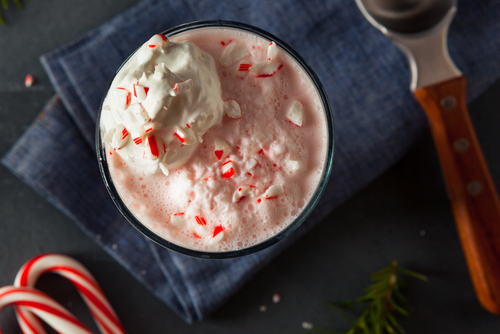 So, what makes these two so special? The seasonal milkshake is handspun and contains a peppermint flavor blended with Chick-fil-A’s Icedream and small portions of peppermint and chocolate candies, as well. Finally, whipped cream and a cherry are placed on top of the milkshake. The milkshake comes in two size cups, small and large, and costs $4.05 for the small and $4.49 for the large.

The Chicken Tortilla Soup features shredded chicken breast, navy beans, black beans, a white, creamy base, and vegetables and spices. The soup is sold for $4.15.

Want to know a fun fact about Chick-Fil-A’s peppermint shake? A survey was done in 2017 over Chick-fil-A locations in the United States. They found the city where their Peppermint Chocolate Chip Milkshake was sold the most.The winner was Erie, Pennsylvania, while Lansing, Michigan came in a close second place. So, why not purchase a peppermint chocolate milkshake from Chick-fil-A and make your city rank number one this year?