Arby’s is a fast food chain that became popular because of its delicious roast beef. Today, their menu selection include Angus steak, ham, bacon, corned beef, brisket, and a variety of other sandwiches, wraps, and salads. While it remains to be a food place that people will either love or hate, there are simply a few things customers will be surprised to hear in relation to this popular chain.

The colorful and tasty history of Arby’s

Leroy and Forrest Raffel started Arby’s in 1964, when the brothers felt it’s time to play up the burger and sandwich market by adding in roast beef to the mix. Big Tex was the first name they thought of but as it’s already taken, they simply shortened their other company’s name, Raffel Brothers, resulting to the creation of the very first Arby’s place in Ohio. At that time, they only offered roast beef, chips and sodas.

In 1965, things became better for the brothers are franchises began opening, leading to the creation of its own company in the 70s with more than 50 new places in a year. The roast beef formula was changed then the current logo was adapted. Furthermore, additional food items were added on the menu like the Jamocha shakes, Beef ‘n Cheddar, curly fries, and the latest Horsey Sauce. 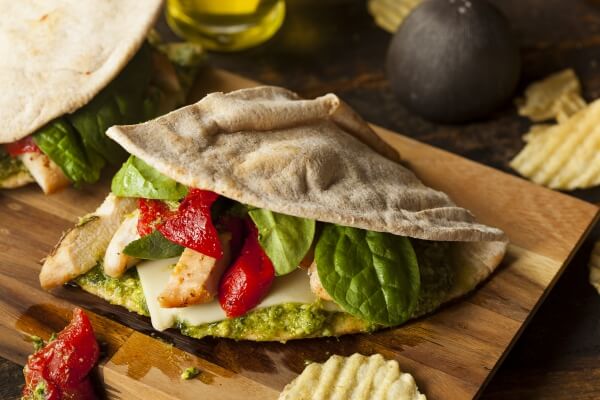 History and roasted beef are not the only things Arby’s is known for as there is practically a whole list of secrets that the food chain keeps under lock and key. At Arby’s, they serve about eight cuts of meat in a single day to accommodate what their customers love. From the famous smoked brisket, Angus steak, corned beef, ham, pepper bacon, prime-cut chicken, roast beef, and down to roast turkey, this food place and its executive chef, Neville Craw, prepares each and everyone with love and care.

Here are five of the most curiously interesting facts about Arby’s that consumers may not have heard of.

1) Twenty percent of Arby’s is owned by Wendy’s

Unbelievably true, Wendy’s was able to purchase Triarc, the parent company of Arby’s in 2008, changing it’s name to Wendy’s/Arby’s Group Inc. Then in 2011, Wendy’s decided to sell more than 80 percent of its Arby’s share to Roark Capital Group and finally went with Wendy’s Company as people know of today. It secures Arby’s under its umbrella by holding on to the food chain’s 20 percent ownership.

During the initial concept, the owners visualized Arby’s a trendy, hip and upscale ambiance as compared to its competitors. They have intended to add fancier design and classic elements to make it look like a fine-dining gastronomical experience. Unfortunately, the plan did not click as it did not mesh well with their target customers.

In 1994, Arby’s decided it did not wish to have cigarette smoke circulating around the area and outrightly banned the act in all their locations. It was the first time a fast food chain implemented the no smoking policy, marking a significant moment in the food industry.

While it is no longer a surprise to see a fast food chain offering a healthier or lighter version of their menu, Arby’s was actually the first food chain to offer the lite menu. In 1991, the popular burger joint began adding less than 300 calories in their daily food, including a lighter salad and reduced calories sandwiches.

This amazingly delicious sandwich made from brisket that was smoked to perfection, Gouda, onion rings and barbecue sauce, became Arby’s most bought product since it’s debut in 2013. During that very year, the Smokehouse Brisket helped the company increased its sales by 12 percent in the advertisement alone.

The food chain maintains its popularity using six principles and it’s dreaming big, working hard, getting it done, playing fair, having fun, and most importantly, making a difference. With over 3400 locations all-over the world, which includes United Arab Emirates, Qatar, Canada, and Turkey, Arby’s great food, commendable service, and excellent ambiance continues to be the place to go when one craves for a good roast beef. Even with the evolution of food, innovative technology left and right, and the rise of social media, the popular chain from Ohio continues to adapt and to compete with the big names in the industry.